ASK A QUESTION
Medzone  >  HGH   >  Growth Hormone vs Testosterone: What Are the Differences and What Are the Similarities? 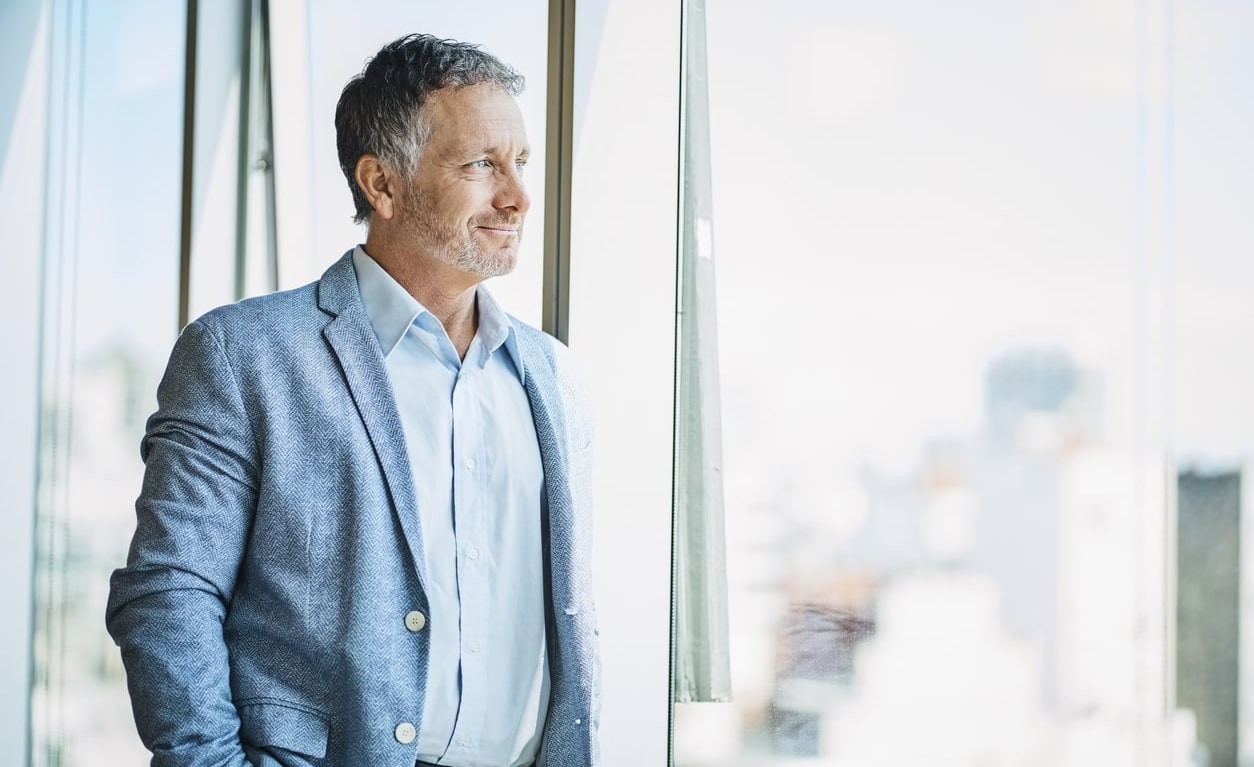 You have likely heard of testosterone and human growth hormone (HGH). They are both important members of the human endocrine system that are critical to good health.

However, despite their similarities, testosterone and HGH are distinct hormones that perform varying tasks in the body. In this article, we’ll take a deep dive into the important differences between these two hormones and what that means for your health.

First, let’s take a brief look at each hormone on its own. Then, we’ll conduct a side-by-side comparison of each, including their functions, benefits, costs, and risks/side effects of supplementation.

Testosterone, which is produced mainly in the male testes, is the primary male sex hormone that exerts a powerful influence on both men’s and women’s health as they age. Men have over 10 times the amount of circulating testosterone compared to women. Nonetheless testosterone is important for women’s health as well, especially in terms of combatting the symptoms of menopause.

Men have over 10 times the amount of circulating testosterone compared to women.

The unfortunate reality is that American men are currently suffering a testosterone deficiency epidemic— even men under 40, who previously were assumed to have high testosterone, are now finding themselves deficient in the male sex hormone.

HGH is another anabolic (pro-growth) hormone that is manufactured in the pea-sized pituitary gland in the body. Alongside testosterone, optimal amounts of circulating HGH are critical for good health in both men and women. The pituitary gland releases HGH in pulsatile secretions, with the highest amounts being released during sleep. Once HGH reaches the liver, it works together with insulin-like growth factor 1 (IGF-1) to perform critical growth-promoting work.

Just like testosterone, HGH levels (and as a result, IGF-1 levels) tend to decline with age.

Later, we’ll discuss potential remedies for HGH deficiency, including supplementation with a synthetic form of the hormone.

Testosterone and HGH are different in many ways, but they also share similar properties and functions.

*The critical differences are marked by an asterisk(*).

As you can see, testosterone and HGH are alike in many respects, such as supporting higher metabolism and promoting muscle gain. In other areas, especially in supporting reproductive health, they differ greatly.

HGH vs. Testosterone: Risks and Side Effects

Again, the critical differences are marked by an asterisk(*).

As we mentioned previously, hormone replacement therapy can successfully elevate levels of HGH and testosterone in patients with deficiencies. In turn, individuals who receive therapy reap the benefits of the hormones discussed earlier.

However, replacement therapy with HGH or testosterone requires a prescription from a doctor. Accordingly, different groups qualify for each type of therapy.

The chart below details the differences in terms of who qualifies.

HGH vs. Testosterone: The Benefits

For individuals with diagnosed deficiencies of HGH or testosterone (or both), replacement therapy can provide a vast array of significant benefits that have the potential to greatly improve quality of life.

Here are the respective benefits of HGH and testosterone therapy. Again, unique benefits of each are marked by an asterisk(*).

The illustration below covers the various benefits of HGH and Testosterone hormone in the body. 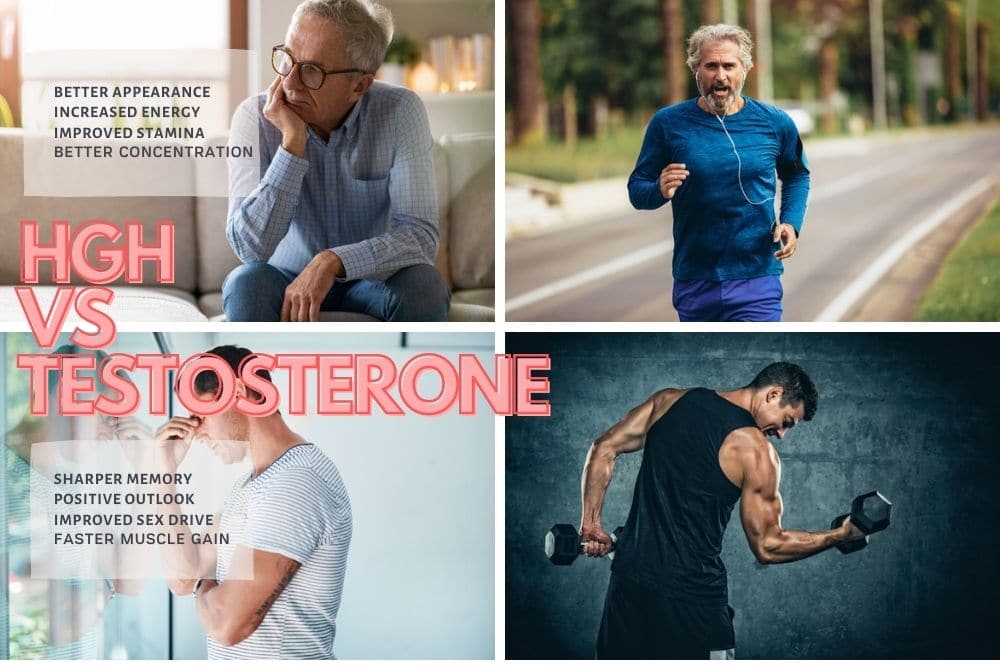 HGH vs. Testosterone: When to Expect Results

HGH vs. Testosterone: The Bottom Line

Adequate circulating quantities of both HGH and testosterone are indispensable aspects of overall health. If you have a deficiency of one or both, you will likely experience the negative health effects discussed here.