We fight HGH and Testosterone deficiencies

Our primary goal is a safe and effective cure of HGH and Testosterone deficiencies in adults.

Although hormone deficiencies can be debilitating, MedZone provides hope to patients that recovery is possible. We work to diagnose and treat hormone deficiencies using the most cutting-edge technology and the backing of the latest scientific research. Most conditions are treatable with the right set of therapies, and our patients return home feeling happier, stronger, and more youthful than they have in years. 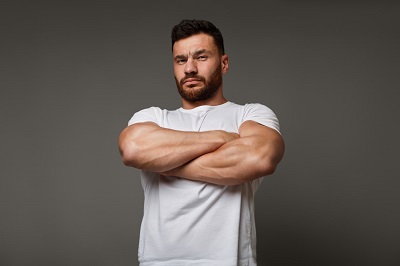 The testimonials from patients who have received care from MedZone throughout the years speak to the potentially life-changing results that hormone replacement therapy (HRT) can deliver for those affected by low hormone levels. Perhaps most importantly for our patients, our doctors know firsthand the challenges that people with hormone deficiencies can face, and we dedicate all of our resources to getting our patients back to their healthiest selves possible.

The older I got, the more I started to worry about dementia, osteoporosis, and heart disease. I didn’t like the way I was aging, so my sister recommended I follow her lead and call your clinic. Since testosterone therapy was helping her so much, I figured I would give it a try. As a result of starting treatment, my cholesterol and blood sugar levels have gone way down. My bones and muscles feel stronger, and I have more focus and energy than I have had in years. I have also started to lose weight.

On TRT for Women

My blood testing showed that I do have low growth hormone levels – a condition that could be corrected with HGH therapy. While it is too late for me to grow, it is not too late to reverse my other issues. It’s only been two months since I started HGH therapy, but I am already sleeping better at night, and I have more energy during the day. Even my feelings of depression are coming less often, and I am looking forward to further benefits over the next few months.

We are here for you

Hormone replacement is a personalized medical treatment, which is why each person who contacts Medzone Clinic also has an individual advisor who will get to know them, their situation, and their hormone needs.

Let’s get into the meat and potatoes of hormone deficiency. All too often, the detrimental mental, physical, and emotional impacts of hormone imbalance are misdiagnosed as the symptoms of other chronic illnesses. As a result, the patients with hormone deficiencies who can benefit most from hormone replacement therapy (HRT) do not receive the care that they need. Instead, they might cycle through any number of pharmaceutical medications or supplements intended to treat other conditions without ever addressing the underlying, root causes of their symptoms – hormone deficiency.

Medzone’s mission is to deliver the most advanced forms of HRT to the patients who need them most. So, what are the common symptoms of hormone deficiency that are so often mistaken for other conditions?

As we age, it’s not uncommon for aging men and women to notice an increase in unwanted body fat, especially around the abdomen. This type of fat deposited around the midsection of the body –known as “visceral fat” – is a particularly dangerous form of fat that increases the risk of serious adverse health events like heart attack and stroke. It also impairs metabolism, i.e., the efficient burning of calories.

The result is a spiraling effect of poor health, wherein poor hormone balance triggers the buildup of visceral fat that further worsens the negative health effects of hormone imbalance. Without corrective measures, this heath spiral puts those who experience at great risk of chronic, age-related illness.

Nearly half of American adults now qualify as obese, with enormous negative implications for long-term health and wellness. What is driving the increase in obesity among Americans? It’s likely a combination of multiple factors, including:

The good news is that treatment strategies such as HGH replacement therapy — when appropriate following lab work confirming a hormonal deficiency and when coupled with appropriate lifestyle adjustments – can reverse unwanted weight gain, restore confidence, and boost energy levels in the patients who receive it.

In the United States in 2021, mental health disorders such as depression and anxiety are widespread. Unfortunately, the COVID-19 pandemic and the public health response that has included lockdowns and social distancing have worsened the mental health crisis among the general population:

“Prevalence of depression symptoms in the US was more than 3-fold higher during COVID-19 compared with before the COVID-19 pandemic.”

Innovative solutions are needed now more than ever. While common pharmaceutical options for treating depression and anxiety such as serotonin reuptake inhibitors (SSRIs) and benzodiazepine drugs such as Xanax and Ativan work for many, their chronic use also comes with a significant risk of dependency and a slew of negative side effects, potentially even including suicide ideation (suicidal thoughts).

These drugs are not for everyone. The unfortunate reality is that mental health symptoms like depression are often misdiagnosed and their root causes are ignored. Hormones play a critical role in mental health that regular care practitioners often do not have the specialized training necessary to recognize and effectively treat.

Even worse, untreated major depression can actually cause negative hormonal shifts itself, further worsening the patient’s mental health condition and creating a “spiral” effect similar to that seen with hormones and metabolic health.

Medzone’s endocrinologists are trained to recognize the signs of hormone-induced anxiety and depression and treat patients accordingly. If you’ve suffered from crippling anxiety or depression that has negatively impacted your quality of life but have found no solutions so far, don’t give up. HRT may be the answer you’ve been missing.

Recent reporting indicates that fertility rates and sexual performance issues like erectile dysfunction (ED) have skyrocketed while libido levels have plummeted in the West in recent years. The overall state of reproductive health in the US is grim.

While downward trends in sexual health occur due to a variety of factors, hormones play an essential role in maintaining optimal sexual function in both men and women.

Because hormones like HGH, testosterone, and estrogen are involved in combined hundreds of everyday functions necessary for maintaining health, their effects in the body are widespread.

Hormone imbalances, in addition to the issues we’ve discussed so far, can also trigger or worsen the following age-related conditions:

The good news is that these issues can be resolved successfully when they occur due to a hormone imbalance. Contact the friendly Medzone staff today for a free mental health consultation to get started on your journey to wellness.