ASK A QUESTION
Medzone  >  HGH   >  HGH: How to Naturally Boost Your Levels and Why You Need It?

HGH: How to Naturally Boost Your Levels and Why You Need It?

As a crucial component of the human endocrine system, human growth hormone (HGH) plays an important role in our day-to-day biological functions. As we age, several factors might precipitate a decline in HGH. A lower-than-normal reading of HGH via blood testing is referred to as an “HGH deficiency.” The good news is that natural and medical interventions can reverse losses in HGH and restore optimal levels in circulation.

In this article, we’ll discuss the importance of HGH as it relates to specific activities in the body as well as how to naturally and safely elevate HGH to healthier levels. Finally, we’ll introduce you to the potential benefit that patients with HGH deficiencies can achieve through HGH supplementation therapy.

The Function of HGH In the Human Body

HGH is produced by the pituitary gland, a small pea-sized portion of the brain with an enormous role in overall health. HGH, paired with insulin-like growth factor-1 (IGF-1) from the liver, is the most potent growth-promoting hormone in the human body. It exerts a range of “building” activities in the body, including catalyzing muscle development, fortifying bone strength, and regulating metabolism.

When the pituitary gland is functioning as it should vis a vis the production and distribution of HGH, you probably never think twice about it. However, when things go wrong and HGH levels drop, your health is at risk.

How Does HGH Work?

Because of its name, many people mistakenly assume that HGH only matters for the healthy development of children. In reality, HGH plays a critical role throughout life, even after normal growth stops at the end of adolescence. The pituitary gland releases HGH most heavily during deep sleep (more on the importance of sleep for hormone health later). It is then introduced intoto the bloodstream where it enters circulation and travels throughout the body.

Just how much HGH the pituitary excretes depends on individual factors like age, gender, diet, and other lifestyle factors. The average US adult excretes around 400μg of HGH per day. Substantially lower numbers, as measured through testing, indicate a deficiency that requires intervention. 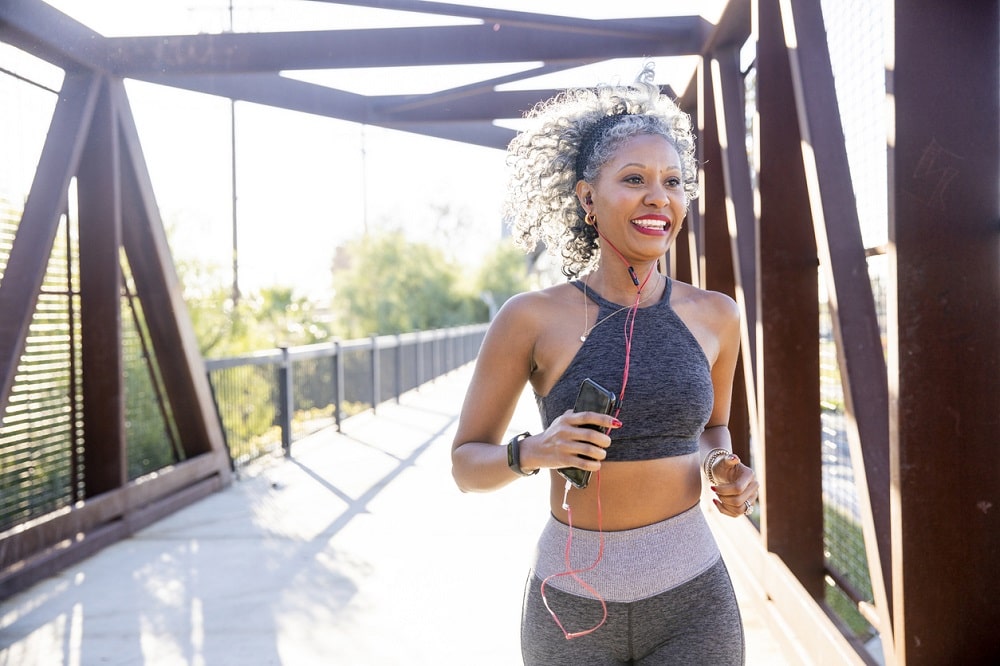 What Activities Does HGH Perform in the Body?

Once HGH reaches various organs, it exerts a “growing” influence. This is referred to as an “anabolic” activity. You may have heard the term “anabolic” in connection to steroid use, but each of us actually has a number of naturally-occurring anabolic hormones. When HGH reaches the liver, it stimulates the production and release of insulin-like growth factor 1 (IGF-1), another crucial anabolic hormone.

Working in tandem, HGH and IGF-1 then stimulate muscle growth, bone strengthening, metabolism regulation, and other activities that we discussed earlier. Mounting evidence indicates that, in addition to promoting better physical health, normal HGH levels also correlate to better mental health. In the study, researchers established a link between anxiety and depression and HGH deficiency in the subjects of the research.

Even more, evidence indicates the potential for elevated HGH levels correspond to “improved mood and cognition” in patients with an HGH deficiency. Therefore, both a person’s physical and mental well-being depend heavily on their individual’s HGH supply. The natural question becomes: How do I raise my HGH levels if I have a diagnosed deficiency? The solution comes in two forms: natural interventions like dietary and activity level modifications and therapeutic interventions using synthetic HGH. We will explore both below.

“Endogenous” HGH refers to the natural production of the hormone in the pituitary gland. Ideally, patients should first seek to increase their endogenous HGH production through the lifestyle practices discussed below. In many cases, the natural HGH-boosting interventions described here are sufficient to restore optimal HGH levels in patients with deficiencies. Sometimes, though, as we’ll discuss later, supplementation through hormone replacement therapy (HRT) is the only viable option to achieve a better hormonal profile.

Especially for patients with only a moderate HGH deficiency (as measured through blood testing), these modest modifications to daily life produce positive, tangible results. 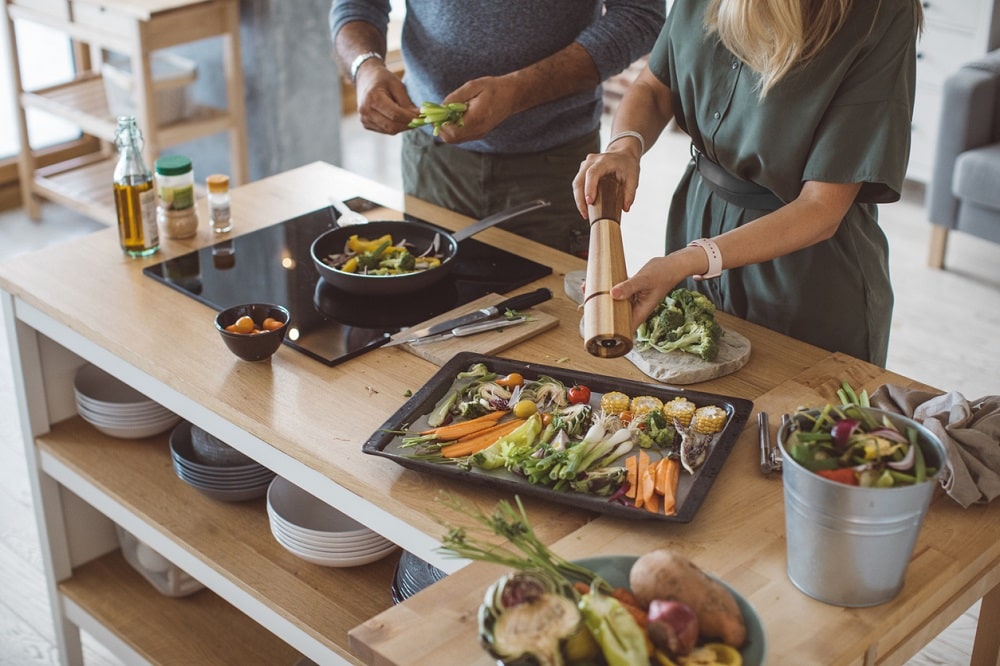 As with every aspect of hormone health, diet plays a crucial role. Many, but not all, patients who visit therapy doctors for hormonal issues report poor eating habits during the initial consultation.
The research is clear that diet significantly impacts both the levels of hormones and their effectiveness in terms of performing their intended functions. In otherwise healthy people, dietary habits could mean the difference between ideal blood counts and deficiencies that require clinical intervention.

The dysregulation of the HPA, in turn, leads to reduced HGH levels. Yet another study reported a correlation between high carbohydrate intake and lowered HGH levels. Most Americans consume far too many carbohydrates, particularly in the form of sodas and fruit juices, candies, chips, and other processed foods.

Battling weight gain is a serious challenge for many people. Due to hormonal disruptions, simple calorie counting is not enough for many patients to achieve long-term, sustainable, healthy weight loss. Instead, many unfortunately end up on a never-ending see-saw between weights, never attaining lasting weight loss. Enter HGH to (potentially) save the day. In one study, researchers demonstrated the positive fat-burning effect of exogenous HGH when it is introduced through therapy. The obese women in the study exhibited far greater fat loss than their peers in the control group.

Although HGH is not a “magic bullet” for weight management, the data shows that replacement therapy with HGH, under the right circumstances, could significantly augment weight loss efforts in obese patients.

Regular exercise is crucial for good hormone health. Cardiovascular activity, for example, even in moderate amounts, produces a neuroendocrine “cascade” of beneficial hormone and neurotransmitter release. Some people know this effect as the “runner’s high.” Among its many favorable effects on physiology, exercise is known to trigger greater release of HGH by the pituitary gland. Furthermore, exercise further benefits HGH and other hormone levels through its activity in regulating metabolism — a major benefit given that metabolic disorders like diabetes that threaten hormone health are on the rise in the US.

Again, you need only engage in moderate levels of exercise to reap the rewards. To maximize the benefits of exercise for HGH levels, commit to at least 30 minutes of an activity like walking or bicycle riding each day. The commitment to exercise will pay dividends over the long run in terms of optimized hormone health.

As with other hormones, HGH secretion increases during sleep. Researchers note the corresponding elevated measurements of HGH levels during deep sleep. If you are missing out on high-quality, restorative sleep, then your hormonal profile, including circulating HGH, is likely to be negatively altered. Most physicians recommend between 7-9 hours of uninterrupted sleep each night. The unfortunate reality of 21st century American life is that most of us do not get the adequate amount of sleep that we need.

Stress and HGH: The Importance of Emotional Regulation for Hormone Health

Unchecked stress is one of the biggest silent killers of our time. Although the stress response is a crucial and normal part of the physiological reaction to threats in the environment, when left to spin out of control, chronically high stress levels over time wreak havoc on our hormonal profiles. As the evidence discussed previously indicates, there is a close connection between anxiety levels and the quantity of HGH in the blood.

In addition to the research outlined earlier that shows a causal connection between HGH therapy and improved symptoms of depression, other studies demonstrate the causal link between low HGH and various mental health conditions. Uncontrolled anxiety, in turn, triggers negative hormonal changes that further destabilize hormone health. The anxiety-endocrine feedback loop can quickly spiral out of control, leading to dangerously high anxiety and HGH levels.

So, how can you naturally alleviate your anxiety to benefit your hormone health?

Meditation for Calming the Hormone System

Of all the natural remedies for anxiety, none has been more thoroughly vetted through study than meditation. Different communities practice different meditation techniques depending on the tradition, but they all work by calming and focusing the mind on the present, away from the distractions and worries that fuel constant worry. Meditation requires no financial commitment and it’s easy to learn. Even better, you can practice nearly anywhere.

Vipassana meditation, imported from ancient India, is the most widely studied discipline in terms of its anxiety-soothing effects. However, countless other schools such as Transcendental Meditation™ offer similar benefits. 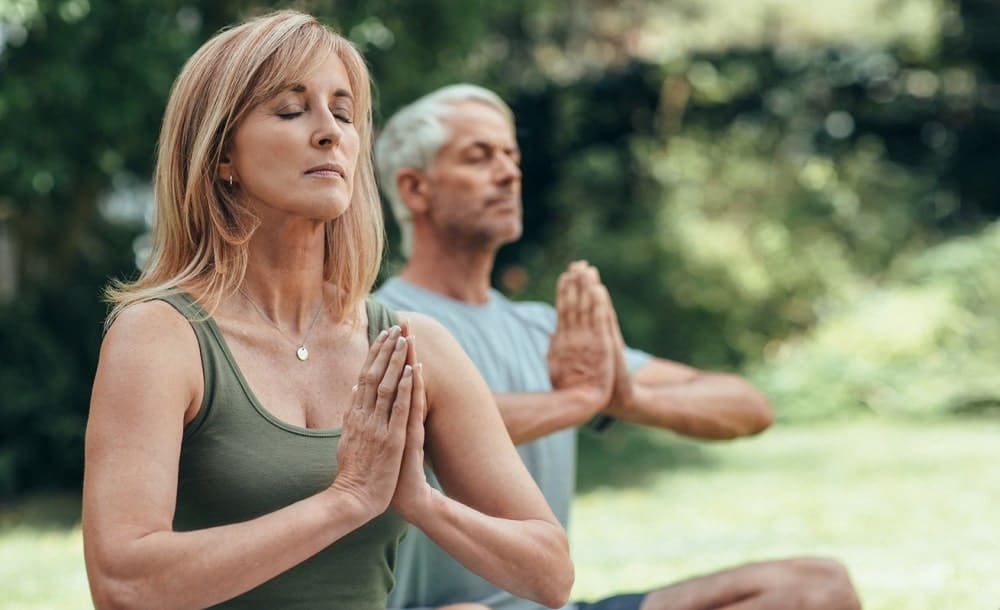 We’ll discuss the relative benefits of each below.

Unfortunately, the delicate molecular structure of somatotropin is destroyed during digestion, making direct ingestion of HGH in pill form impossible. However, some supplements can increase HGH levels. Oral formulas containing high quantities of amino acids, the important building blocks of proteins, have been shown to effectively increase plasma concentrations of HGH.

Nonetheless, the improvements are short-lived and researchers are unsure of how feasible long-term management of HGH levels could be with oral supplementation alone. 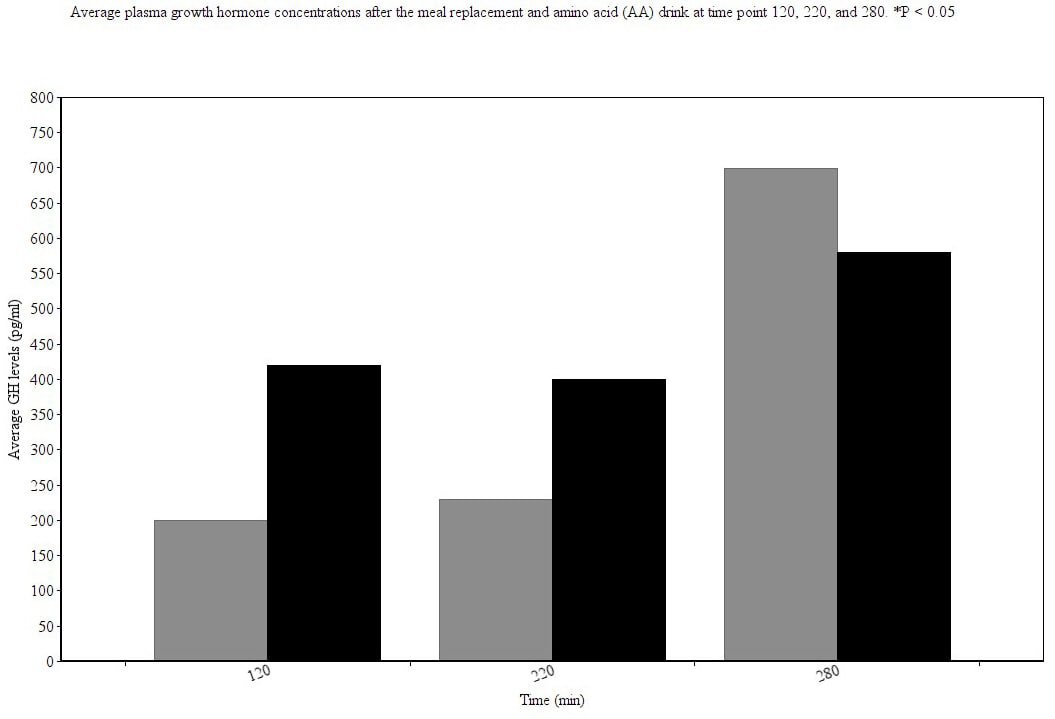 As this graph shows, amino acid preparations are less effective than the popular nutritional drink ensure for elevating GH levels beyond a few hours after ingestion. For these reasons, most HGH deficiencies that require therapeutic intervention must be approached with injectable HGH.

Somatotropin is available in the US under several brand names, including Genotropin, Norditropin, and Saizen, among others. The length of therapy can range from weeks to several months, depending on the individual circumstances and the treatment protocol. Most patients begin to notice the beneficial effects of treatment within just a few weeks of initiating therapy.
In addition to its efficacy, HGH therapy is also largely safe for otherwise healthy adults who experience common deficiencies.

However, there are some concerns for patients who have underlying health conditions, particularly cardiovascular risk factors like high blood pressure or artery disease. Each therapy begins with a thorough examination of the patient when the doctor will ask you questions about your medical history to determine if you are a good candidate to receive HGH supplementation via injection.

The Bottom Line on HGH, Its Role in Health, and Replacement Therapy

As we have explored here, the evidence of the importance of HGH in overall health is overwhelming. Modern science now understands much more about the crucial role that HGH plays in several processes like metabolism regulation, muscle synthesis, and bone health. If you are experiencing the symptoms of an HGH deficiency or just want to measure your own levels, contact your provider today. He or she will arrange a consultation to discuss your specific concerns and answer any questions you might have about HGH or about replacement therapy.