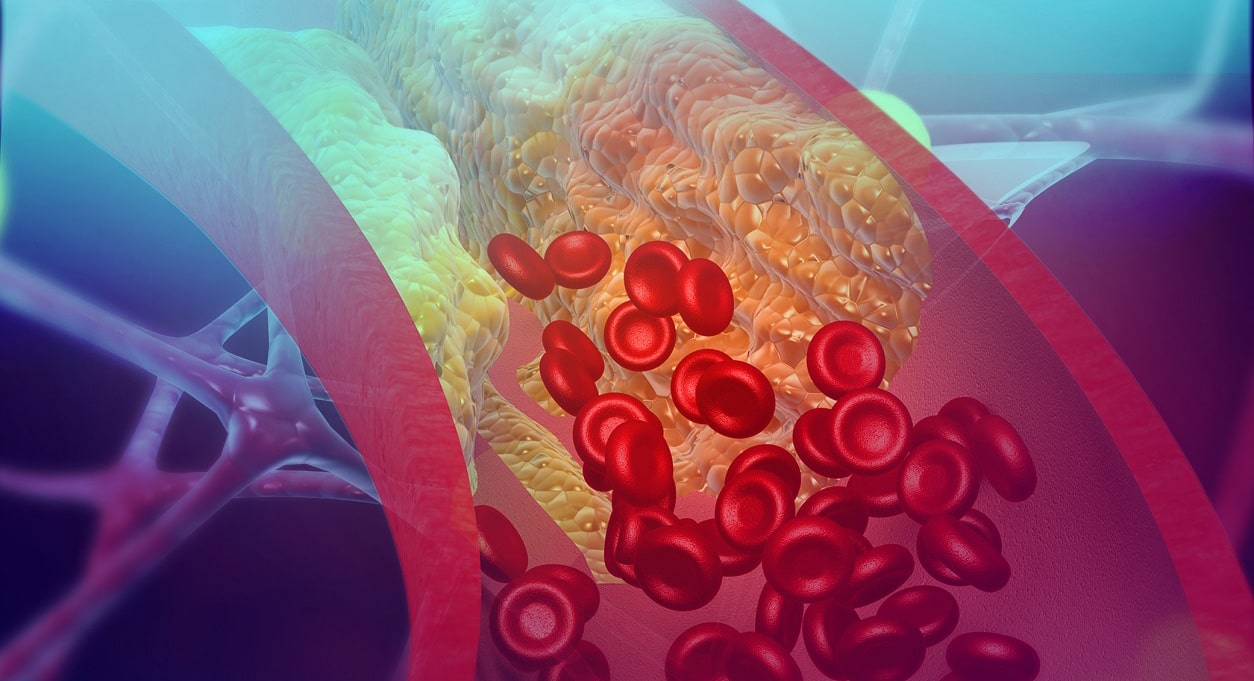 Is There a Connection Between HGH Levels and Cholesterol

Heart disease is the most common killer in the US today. While many factors can compromise cardiovascular health, cholesterol is one of the biggest contributors to early death resulting from cardiovascular failure.

High blood serum concentration of harmful cholesterol is indicative of a condition called “hypercholesterolemia.” If you have been diagnosed through blood testing as having abnormally high levels of the dangerous type of cholesterol, low-density lipoprotein (LDL), then you should consider taking steps to reduce its presence in the blood.

Given cholesterol’s role in cardiovascular health, it’s easy to understand patients’ concerns regarding cholesterol, what potential health threats it might pose, and how to control it. In this article, we’ll examine the unique relationship between cholesterol and human growth hormone (HGH), a crucial hormone of the human endocrine system. We will also explore the effect that low levels of HGH, indicative of a deficiency of the hormone, can negatively impact cholesterol levels. Finally, we’ll discuss what treatment options exist for affected patients.

Cholesterols are fatty molecules that exist in all human cells. Cholesterol is responsible for carrying at a number of functions, including:

Here is a representative illustration of cholesterol’s chemical makeup: 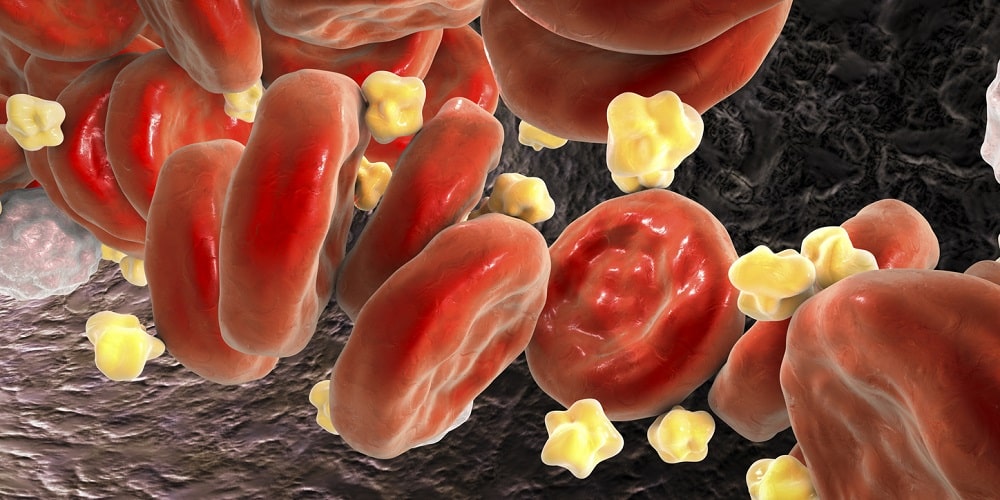 Although most people associate cholesterol with negative health outcomes, it actually performs crucial work in the body. People need cholesterol, in fact, to be healthy. The majority of cholesterol that your body needs is produced endogenously (inside the liver and other organs). However, a portion of cholesterol is always absorbed through diet.

How Much Cholesterol Does the Human Body Need?

At any given time, an average person has 35 mg of cholesterol in cells and tissues throughout their bodies. Half of all cholesterol, once used, is recycled by the small intestines to be repurposed for repeated use. The graph below illustrates various levels of cholesterol in the blood and the levels of each that are ideal:

The body has sophisticated methods for maintaining optimal cholesterol levels. When too much is taken in through diet, an organelle called the endoplasmic reticulum (ER) uses its sterol regulatory element-binding proteins 1 and 2 (SREBP-1 and SREBP-2)to detect the changes and downregulate production.

The Western diet is typically rich in cholesterol intake. The most cholesterol-dense foods that we typically eat in the US are:

Because cholesterol is a type of molecule found exclusively in animals, plant products contain no cholesterol. It comes as no shock, then, that vegetarians, on average, have far lower cholesterol levels than meat-eaters. In one study, vegetarians had 29.2 mg less cholesterol per deciliter – not an insignificant difference. For this reason, one of the first courses of treatment among many doctors with hypercholesterolemic patients is to alter their diet.

However, aside from simply adjusting diet, researchers now understand that controlling cholesterol levels is more complicated than changing eating habits alone. Whereas conventional medical wisdom has historically deemed high cholesterol harmful across the board, we now know that the health implications of cholesterol levels are much more nuanced than previously thought, as we’ll begin to discuss more in detail below.

Understanding the Different Types of Cholesterol

In the chart below, we see that higher HGH levels are directly linked to a lower risk of heart disease. 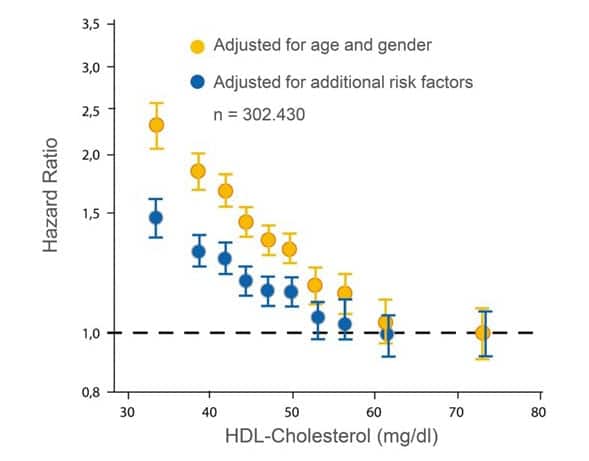 The image below depicts plaque buildup inside an artery. 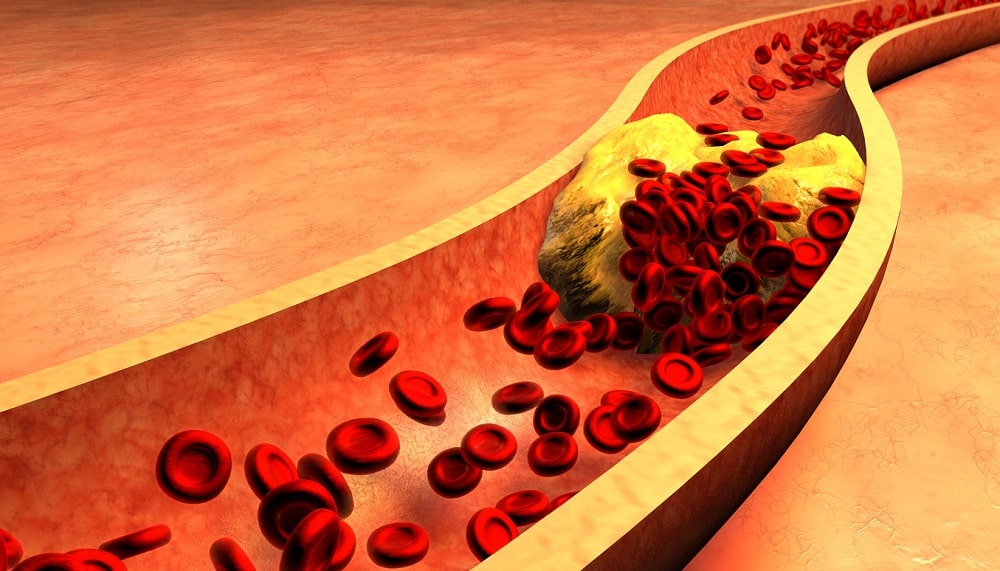 The Bottom Line on Cholesterol and Health Risk

An individual with high LDL cholesterol or a poor ratio of HDL to LDL has several options to safely correct the problem and reduce the risk of cardiovascular disease. The science-backed methods for improving cholesterol are:

One important development to keep in mind as you consider the role of cholesterol in overall health is that, while high dietary intake of cholesterol may raise levels in some people, we now know that diet plays a minimal role in determining cholesterol levels; there are more pressing factors that affect cholesterol than diet alone.

The Relationship Between Human Growth Hormone and Cholesterol Levels

Human growth hormone (HGH) is a crucial member of the family of 100 hormones active in the human body. Hormones are signaling molecules that trigger various activities necessary to sustain life. In the case of HGH, it is associated with “building” activities in the body such as fortifying bones and teeth, spurring muscle development, supporting healthy tissue development, and — most importantly for this article on its relationship to cholesterol – metabolizing fat.

Thanks to recent research, scientists understand more than ever before about the important roles that HGH plays in overall health, including how it interacts with cholesterol.

What the Science Says About How HGH in the Blood Influences Cholesterol Levels?

One study found that HGH supplementation increases the amount of apolipoproteins in the blood. These are component parts of cholesterol that may indicate a potential health issue when higher-than-normal levels are detected through testing. Another study discovered that HGH therapy is associated with declining HGH levels as measured through blood sampling. This is potentially bad news for patients who are most susceptible to heart disease because HGH, as we discussed earlier, is hugely important for clearing away debris (plaque buildup) to keep the arteries unobstructed.

Similarly, yet another study uncovered the possibility that HGH therapy could reduce levels of HDL, the good kind of cholesterol that you need to keep arteries clear of buildup by facilitating the proper movement of fats throughout the body. However, these results are inconclusive and it is not fully understood why raising HGH levels through supplementation would affect cholesterol. For example, another study on HGH therapy and its impact on cholesterol found no changes in patients’ HDL, LDL, or triglyceride levels from the start of therapy to as many as six months after.

How Does HGH Affect Metabolism?

HGH heavily influences metabolism. For example, HGH potentiates the activity of sterol regulatory element-binding proteins (SREBPs) that play a huge role in lipid (fat) and cholesterol production. Furthermore, HGH stimulates lipolysis in fat tissue. “Lipolysis” refers to the process of transforming energy deposits in the form of fat into usable energy sources in the form of fatty acids through a process called hydrolyzation. When your body exhausts its supply of sugar stores, it turns to fatty deposits for energy.

Along with other hormones and neurotransmitters, HGH catalyzes lipolysis, potentially qualifying it as a protective agent against fat buildup, including within the arteries.

Despite studies linking HGH supplementation to lowered HDL levels, there is also good evidence that HGH therapy lowers LDL cholesterol levels. The researchers noted that HGH’s effectiveness at lowering LDL was on par with statins, a group of popular drugs with a proven ability to moderately lower harmful cholesterol levels. While the medical community still much to learn about the connection between HGH and cholesterol, there are ways to safely administer HGH and to monitor patients’ responses to the therapy in terms of altering cholesterol profiles.

To safeguard patients’ health, experienced doctors monitor individuals’ cholesterol levels throughout therapy, specifically looking at the all-important ratios of HDL to LDL and taking proper corrective action as needed. This will mitigate any potential negative effects of HGH therapy on cholesterol while maximizing any potential benefits in the form of lower LDL.

Blood tests before, during, and after therapy can determine how much, if at all, a patient’s cholesterol levels change due to HGH therapy. If negative changes occur, your doctor can outline steps to optimize cholesterol levels, either through lifestyle modifications or through diet and supplementation.

The Biological Pathways Through Which HGH Influences Cholesterol

The science is clear that, as a whole, the proper function of the human hormone system, including HGH production in the pituitary gland, is a prerequisite for healthy cholesterol levels. Endocrine disorders, the term for problems with hormone function, can adversely affect cholesterol levels — although exactly why, how, and to what extent that abnormal HGH levels contribute to the development of unhealthy cholesterol levels on a case-by-case basis is difficult to predict.

As we mentioned previously, HGH is intricately involved in fat metabolism through its lipolysis-inducing activities. 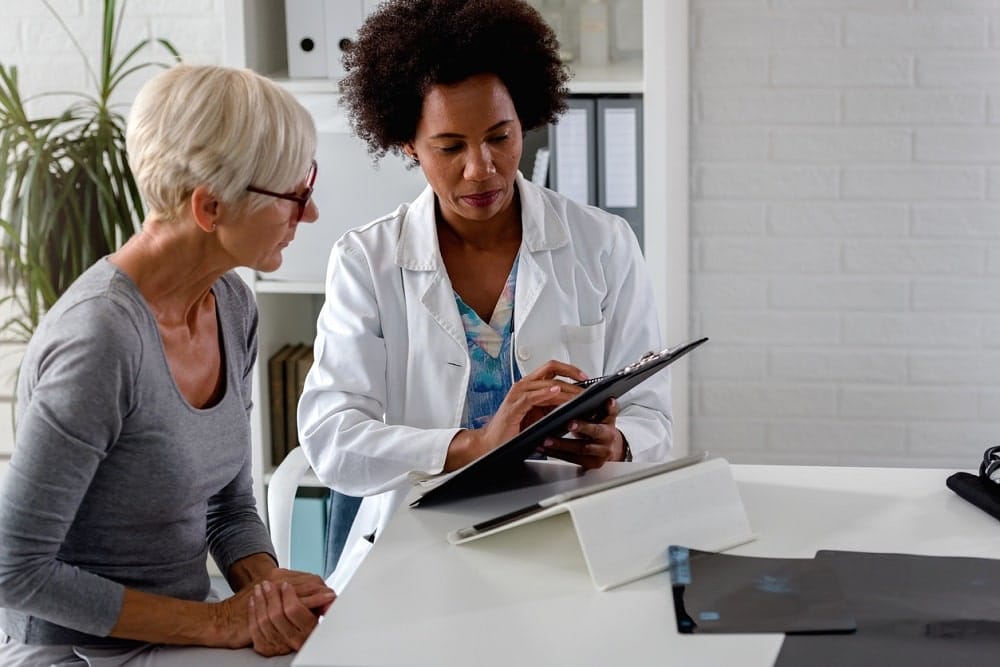 The Bottom Line on HGH and Cholesterol

Maintaining optimal ratios of HDL to LDL cholesterol is much more important, we now know, than simply looking at their individual levels in the blood without the broader context of considering the relative levels of each type.

Some studies show that HGH supplementation lowers “good” cholesterol (HDL) levels in the blood while others show that it lowers “bad” cholesterol (LDL) levels. In many cases, it may do both. Due to the close interactions between the endocrine system and metabolism, we understand that HGH levels can affect cholesterol. The same relationship may be true in reverse as well, with cholesterol levels affecting HGH production and circulation. More research is needed to uncover the exact relationship between human growth hormone and cholesterol maintenance.

Regardless, you should expect to keep up with any changes to your cholesterol levels through regular blood screenings, from start to finish throughout any HGH therapy. With the right modifications and precautions, HGH therapy can be performed without any serious risk of negative alterations to cholesterol levels. In fact, the current research indicates that HGH could potentially benefit cholesterol levels for many patients.