ASK A QUESTION
Medzone  >  Hormones   >  What Effect Do Hormones Have on the Human Immune System? 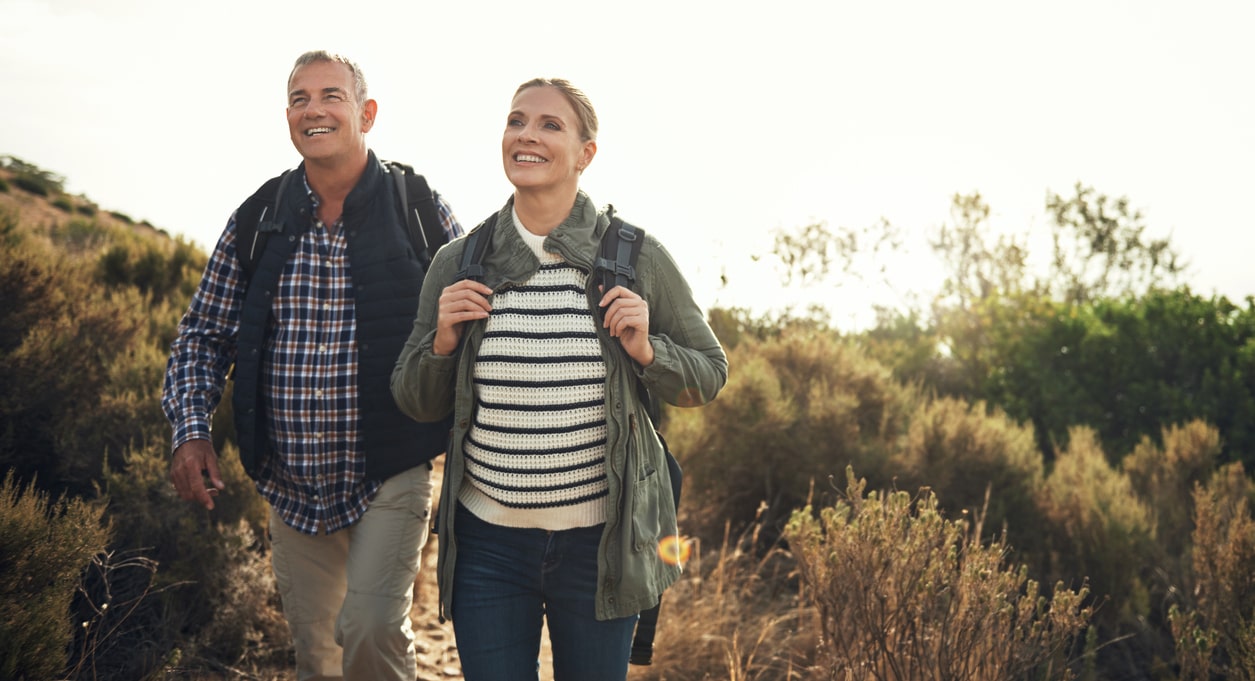 What Effect Do Hormones Have on the Human Immune System?

The immune system, the body’s inborn protection mechanism against invading pathogens, is complex. It interfaces with many other systems in the body. Often, the health and function of one system influences the health and function of another. The endocrine system, the body’s signaling system that sends messages through chemicals that are transported throughout the body, interacts with the immune system significantly.

In this article, we've assembled a comprehensive guide to the influence of hormones on the immune system, as well as how to ensure optimal endocrine health. 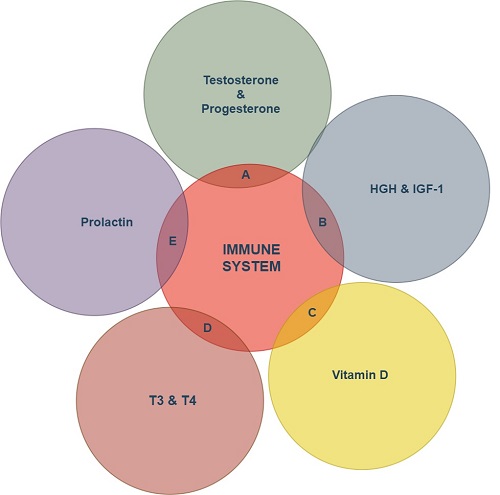 Individual Hormones and Their Roles in the Immune System

To better understand the wide array of influences that hormones make on the immune system, here are the chief actors and how they work individually:

As the name suggests, HGH (“B” on the picture ) is responsible for growth. It stimulates new cell proliferation, new bone growth in children, and muscle growth throughout life. Medical researchers now identify HGH as a potent immune system booster. It increases the proliferation of T-cells, crucial components of the immune system that stamp out pathogenic invasions. HGH also tempers the activity of prolactin y tempering the response activity of cytokines.

The two members of the group are triiodothyronine (T3) and thyroxine (T4) (“D” on the picture ). These hormones regulate metabolism, the process involving the breakdown of food and the release of energy. The relationship between the thyroid and immune system is bidirectional, meaning one influences the other. A decrease in thyroid function, often caused by excessive stress, causes impairment to T-cell functioning.

Many people don’t realize that Vitamin D (“C” on the picture ) is a prohormone, meaning that it is a precursor ingredient to a hormone. The kidneys actually produce their own Vitamin D, converted to an active form in the body called calcitriol. Vitamin D plays an important role in the immune system. All the major cells of the immune system (B cells, T cells and antigen-presenting cells) have receptors for Vitamin D, meaning that the hormone can influence them. Most Americans don’t get enough Vitamin D through sunlight or diet, and their lowered levels put them at increased risk of autoimmune disease.

Why Is Protecting the Immune System Important?

The immune system must work optimally for good health. An underactive or ineffective immune system, such as exists in HIV patients, makes a person susceptible to pathogenic disease. On the other hand, an overactive immune system triggers autoimmune disease. Modern medicine has done a great deal to reduce the occurrence of infectious disease, but autoimmune diseases are more prevalent today than at any time in human history. Experts struggle to come up with a sound explanation for the epidemic or how to treat it.

The increasing rates of autoimmune disease in the West are likely attributable to a variety of factors that plague life in the developed world – sedentary lifestyles, poor diet with a lack of important vitamins and minerals, ambient pollution in the air and water, and more. Although regulating hormones is not a cure-all, getting the endocrine system working properly can boost the immune system and improve health in concrete, measurable ways.

How can Hormonal Imbalances Affect the Immune System?

Many hormones have effects that counter one another. For example, some stimulate cytokine activity while others suppress it. This delicate balance of influences achieves the state of homeostasis, the condition of balance and control in a body. Researchers now understand the crucial role that hormones play in the often poorly understood phenomenon of autoimmune disease. The evidence shows that women are more likely to be diagnosed with an autoimmune disease.

Researchers believe that this is due to women’s relatively higher-activity immune system compared to men. As we continue to explore the complex relationship between the immune and endocrine systems, new research will further illuminate the still-mysterious interactions between the two systems.

How Can You Benefit from Improved Endocrine Function?

As we age, some hormonal changes are natural. For example, sex hormone levels will change considerably as people age. Testosterone decreases in men by about 1% every year after a peak that occurs around 20 years of age. Likewise, growth hormone levels decrease steadily over time. Such changes are expected. However, some people experiencing abnormal fluctuations in hormone levels, or people simply looking for a way to feel younger, might opt for hormone replacement therapy (HRT).

HRT is the practice of replacing low levels of certain hormones with supplemental injections from outside sources. Some common examples of HRT include testosterone replacement therapy (TRT), growth hormone replacement therapy, and estrogen replacement therapy for women experiencing menopause. Many people find substantial benefits in HRT, reporting feeling younger, healthier, and more like their “old self” thanks to better-regulated hormone levels. The implications of HRT for immune system function are better understood than ever before.

As one of the most effective ways to restore hormone concentrations to their normal levels, HRT is an exciting new field of medicine.

The Final Word on Hormones and the Immune System

While doctors and academics previously believed the endocrine and immune systems to be independent of each other, the actual evidence demonstrates a real and deep relationship between the two. Getting your endocrine system in balance, in addition to its other benefits, can significantly alter the function of the immune system in a positive way.