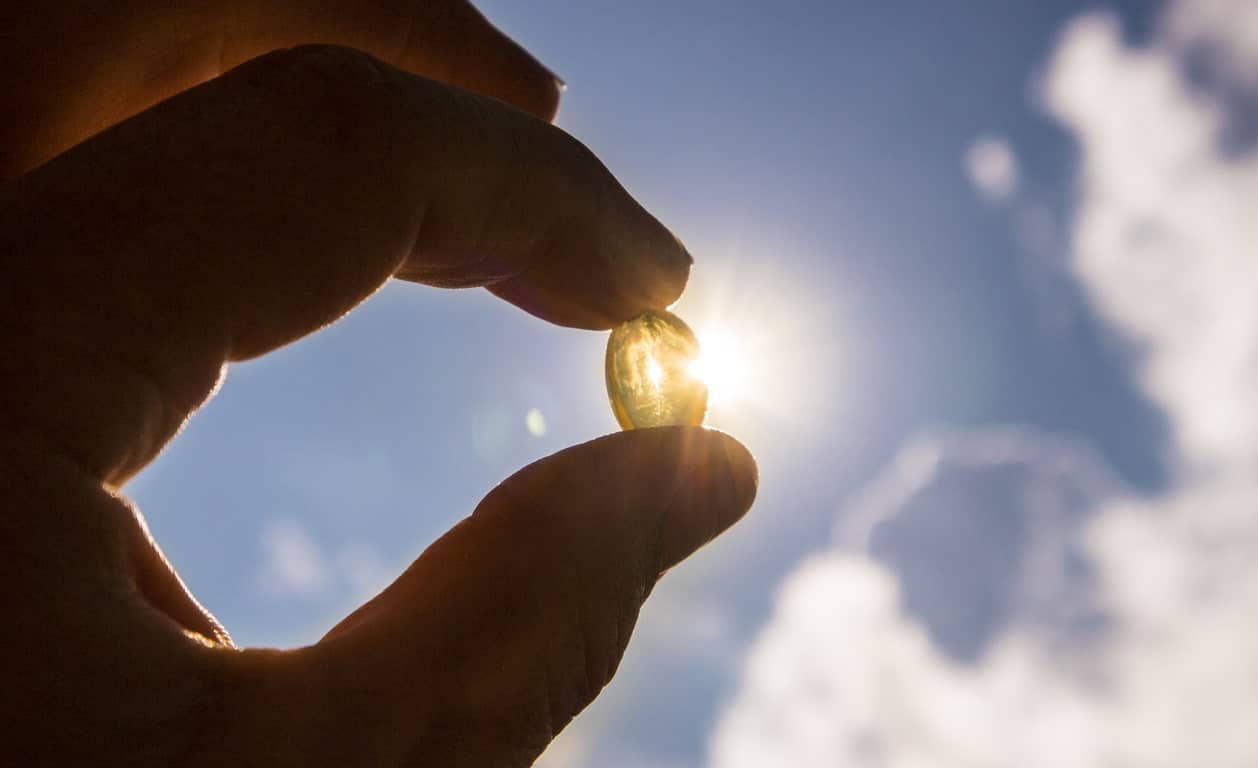 As we will explore in detail here, a shockingly high percentage of American men who have a diagnosed testosterone deficiency also have low levels of vitamin D and/or zinc. You may be one of them.

Vitamin D and zinc are two essential nutrients that are necessary to maintain good health, including a healthy balance of hormones in the body.

Here, we will get into the biological mechanisms of action of vitamin D and zinc in the human body, how they support optimal testosterone levels, and the therapeutic strategies that men with low testosterone can use to safely up their levels of this pair of important nutrients.

What Is Vitamin D?

Vitamin D has been dubbed the “sunshine vitamin” because it is primarily sourced from sunlight, although it is also found in some foods. In addition to the main source of vitamin D, the sun, a handful of foods also supply vitamin D, including:

Through a complex process, the liver synthesizes vitamin D from UV rays (sunlight) or diet into calcifediol (sometimes called calcidiol). Calcifediol is often abbreviated as 25(OH)D3.

The chart below documents the rise in verified cases of vitamin D deficiency in the US: 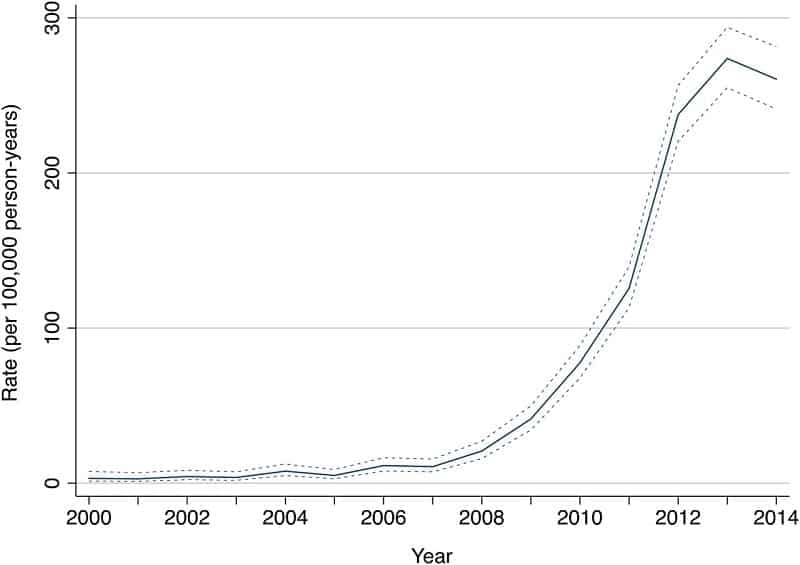 As a regulator of hormonal function, adequate amounts of vitamin D in the blood are essential for fostering proper levels of various hormones, including testosterone.

Vitamin D deficiency is a serious problem across the developed world, including in the United States. At least half of the US population is deficient in vitamin D, although some estimates on the far end of the spectrum place that figure at closer to 90%.

Whether the spike is due to increased testing or due to a true uptick in vitamin D deficiency in the US population, the rate of diagnosis for deficiencies among Americans has increased dramatically in recent years.

The underlying causes of vitamin D deficiency in the population have been identified as:

Accordingly, certain groups have a greater personal risk of developing a vitamin D deficiency than others. These groups include office workers, populations living at northern altitudes, the elderly, and people of color. 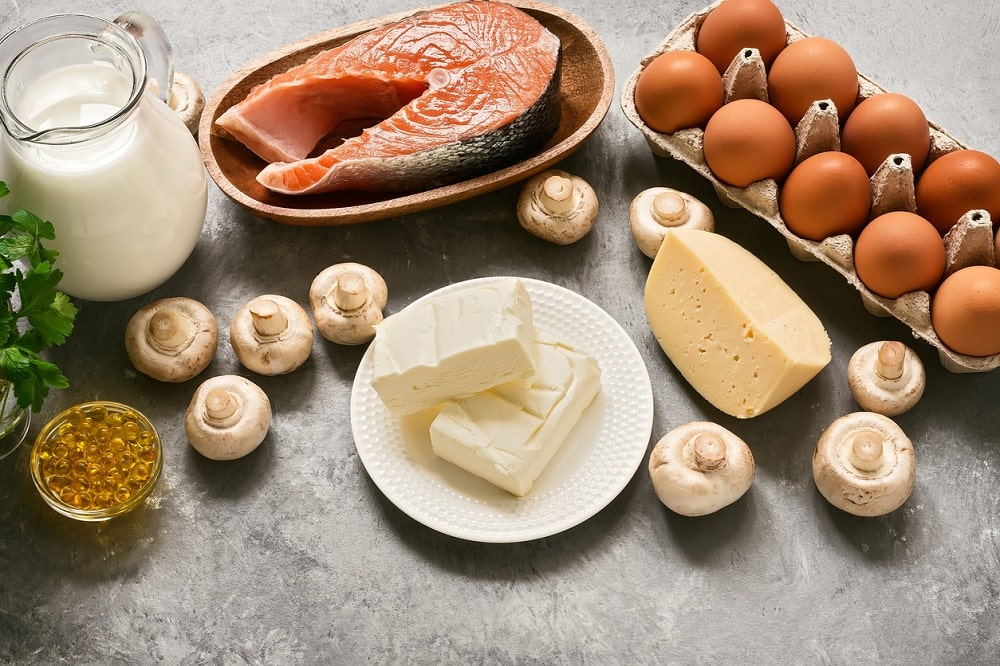 What Role Does Vitamin D Play in Maintaining Good Health?

Next to iron, zinc is the most prevalent mineral in the human body. Most nutritional experts recommend between 8-11 milligrams of zinc per day. However, for people with low levels, higher zinc intake through supplementation may be necessary to achieve ideal concentrations in the blood.

The optimal concentration of zinc in the blood is 0.66-1.10 micrograms per milliliter (mcg/mL).

Too much zinc in the blood can be as harmful to human health as too little; Prolonged and excessive consumption of zinc (more than 50mg per day) can lead to a serious condition called zinc toxicity. Accordingly, you should always practice zinc supplementation with caution. Regularly testing your zinc levels is ideal when supplementing.

What Role Does Zinc Play in Maintaining Good Health?

Zinc contributes to a large number of physiological processes that are integral to maintaining good health. In the body, zinc performs the following functions:

Fights anxiety, depression, mood disorders, and other mental health conditions. The chart below, for example, shows the results of one study in which zinc was administered to patients with anxiety disorders.

As the data indicates, individuals who received zinc supplementation showed a concurrent improvement in zinc levels and a decrease in anxiety-related symptoms. In addition to the above activities in the body, zinc supports healthy testosterone levels. Read on to discover how in an upcoming section.

Zinc Deficiency in the Global Population

Although zinc deficiency is not as common among US adults as vitamin D deficiency, experts estimate that around 17% of the global population suffers from poor or sub-optimal zinc levels. The graphic below indicates the occurrence of deficient zinc intake by country.

Again, zinc deficiency is a much larger public health issue in developing regions of Asia and Africa than in the United States. Nonetheless, roughly 12% of the US population is at risk of developing a zinc deficiency.

Testosterone, produced primarily in the testes in men, is the primary male sex hormone that is responsible for anabolic muscle growth, sex drive, and secondary male sexual characteristics that develop in puberty. Over his lifespan, the typical man will experience a steady drop-off in testosterone levels. This can lead to a number of negative health effects.

Inadequate testosterone levels can be devastating for men’s physical, mental, and sexual health. The harmful impacts of low testosterone in men can include but are not limited to:

Testosterone, Zinc, and Vitamin D: What Are the Connections?

The amount of bioavailable “free” testosterone (the most important marker of hormone health for aging men) is directly tied to the levels of both zinc and vitamin D. Here is everything that you need to know about the relationships between vitamin D, zinc, and testosterone levels in the blood.

If you are a man over 30 with the telltale signs of a testosterone deficiency that we discussed earlier, chances are high that you also have a concurrent vitamin D deficiency.

Vitamin D and Testosterone: What the Research Shows

Vitamin D plays an indispensable role in the production and distribution of testosterone.

Testosterone and Zinc: What the Research Shows

Normal levels of zinc correlate directly to healthy testosterone levels. Conversely, the researchers of one study published in the Journal of Exercise Physiology found that zinc deficiency “caused a 41% reduction in the number of androgen binding sites and a 57% increase in the number of estrogen receptors.”

Essentially, the research shows that low zinc concentrations in the blood limit testosterone’s ability to bind to receptors while facilitating greater estrogen activity – a recipe for hormonal disaster in men.

The authors of the previously mentioned study who examined the hormonal impacts of zinc and magnesium supplementation concluded that zinc supplementation “may improve the anabolic hormone profile of athletes engaging in intense physical activity” by exerting its “positive effects demonstrated on testosterone.”

The chart below shows the upward trajectory of total and free testosterone levels throughout the 7-week study. 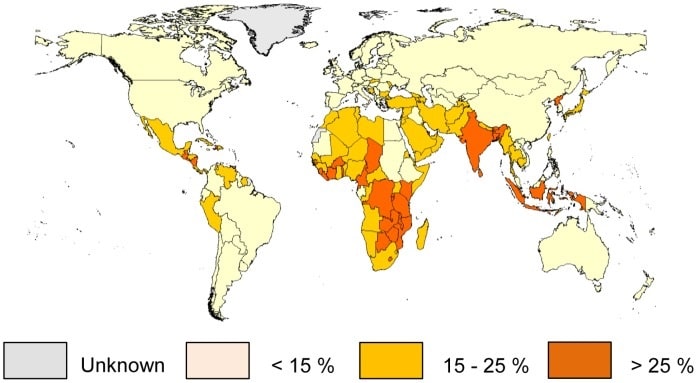 Men with testosterone deficiencies reap an array of significant health benefits from higher testosterone levels, including:

The ultimate takeaway is that improving testosterone levels can take decades off of a man’s physical appearance and restore the type of boundless energy and sexual vitality of a young man in his 20s.

The men who receive testosterone replacement therapy (TRT) – and, when necessary, complementary therapies such as zinc and vitamin D supplementation – report looking and feeling 20 years younger or more.