ASK A QUESTION
Medzone  >  HGH   >  HGH Abuse: What Does Growth Hormone Abuse Do? 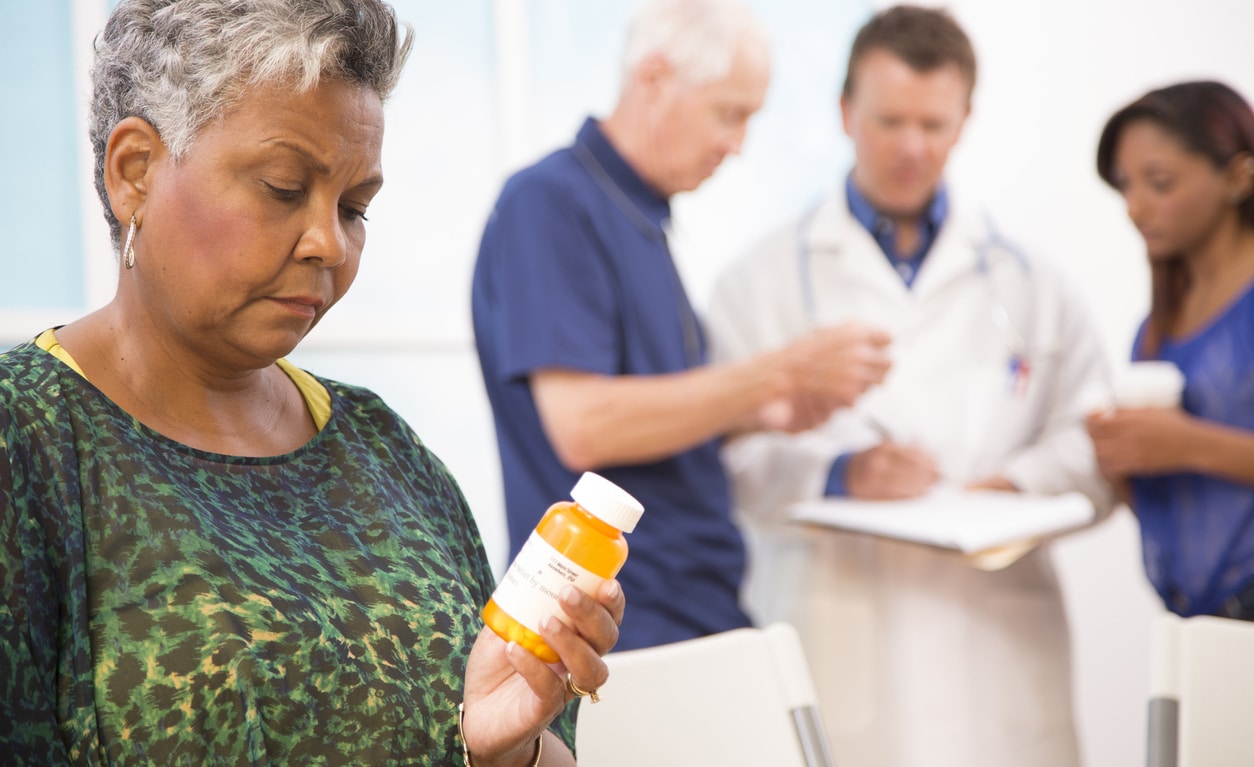 HGH Abuse: What Does Growth Hormone Abuse Do?

Human growth hormone (HGH) abuse carries serious risk, both in terms of potential harmful health outcomes and jeopardy with the legal system. Purchasing HGH illegally through unofficial channels and/or using HGH without the guidance of an expert is dangerous and potentially deadly.

Here is everything you need to know about growth hormone abuse, its risks and consequences, and how to ensure that you are safely supplementing with HGH in compliance with US law.

What Is HGH Abuse?

HGH is a hormone that occurs naturally in the body. It is produced by the pituitary gland in the brain. HGH is a critical part of the overall hormone system, including playing a critical role in the hypothalamic-pituitary-adrenal axis (HPA axis).

For people who have an HGH deficiency, hormone replacement therapy (HRT) with HGH can provide an array of health benefits including more energy, fat loss, muscle mass gains, and better mental health.

However, for reasons that we will discuss further on, some people use HGH illegally without a prescription or proper medical supervision to monitor critical health markers and to titrate the correct dosage. This is called “HGH abuse” and it is increasingly common among some groups of users. 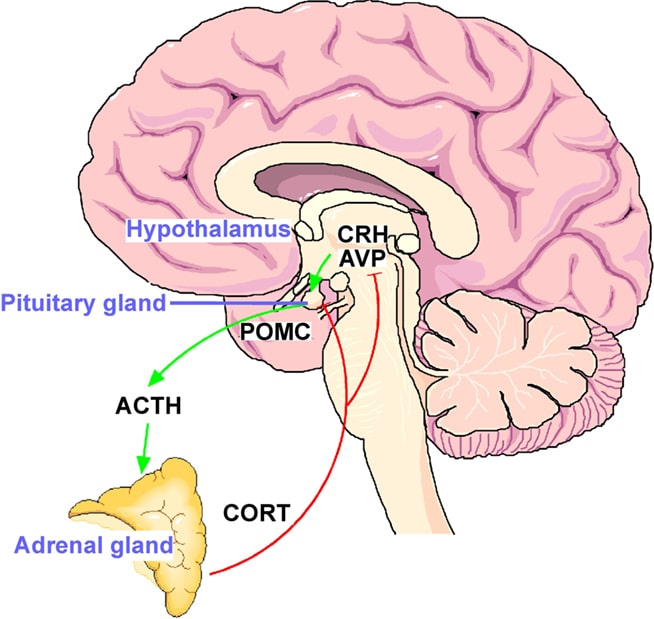 When Is HGH Illegal?

In the United States, HGH use is strictly regulated by the Food and Drug Administration (FDA). The legal therapeutic uses for HGH are limited to the treatment of the following conditions:

All other uses of HGH – including for improved athletic performance – are strictly illegal under US law. To legally obtain and possess HGH, you must have a prescription from a doctor licensed to practice medicine in the United States.

Why Do Some Individuals Abuse HGH?

When used properly under the right circumstances, HGH can exert near-miraculous health turnarounds for individuals with diagnosed HGH deficiencies.

However, some groups of people with normal levels of HGH — who have no legitimate medical reason for supplementation — abuse HGH in an attempt to take advantage of the purported performance-enhancing benefits of the hormone.

Despite the legal and health risks associated with illegal HGH abuse, public health groups have noted a steady uptick in demand for illicit HGH:

“The use of hGH in sport today is not only based on its anabolic properties, but also on its effect on carbohydrate and fat metabolism. rhGH has been found in swimmers and also in players taking part in major sports events. International federations and the International Olympic Committee have had hGH on the list of forbidden compounds since 1989, when it became obvious that the development of biotechnology products based on the recombination of DNA made hGH much more easily available on the regular and black markets.” 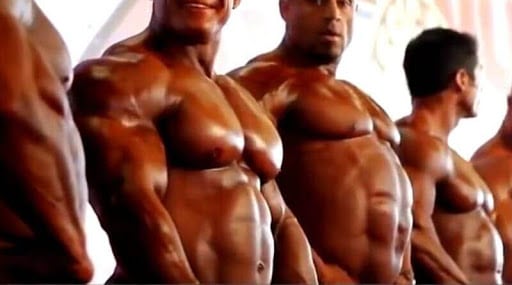 Since its introduction to competitive sports, HGH abuse is increasingly seen in lower levels of competition among younger and younger athletes, filtering all the way down to high school athletes. According to a report from the General Accounting Office (GAO), research in the field has documented a concerning rise in both steroid and HGH abuse:

“Initially, the use of anabolic steroids was believed to be largely confined to world class athletes participating in power sports, such as weightlifting and shot-putting. Over the years, however… use has spread to professional, college, and high school sports.”

In fact, some estimates show that as high as 12% of young male weightlifters abuse HGH.

How Big Pharma Cashes in on HGH Abuse

Profit motive plays a huge role in the growing trend of HGH abuse. Simply put, large pharmaceutical firms reap huge profits from the sale of human growth hormone – whether the supplements sold are used responsibly for therapeutic purposes or not.

The global HGH market generates about $4.6 billion in profits each year for the manufacturers who produce it. As you can see in the chart below, a plurality of the HGH sold in the US is intended to treat growth hormone deficiency (GHD).

The major pharmaceutical firms that produce the bulk of HGH sold in the United States include:

At price points of thousands of dollars for just a few milligrams of HGH, the financial incentive to push HGH is incredibly strong – regardless of the risks posed to consumers or whether under drugs are administered under the supervision of a doctor or not.

In addition to legitimate pharmaceutical giants cashing in on HGH, a black market for HGH is flourishing. This raises serious concerns about quality and safety, since a huge percentage of drugs sold worldwide are fake, sub-par, or contain harmful additives — what the World Health Organization describes as “substandard of falsified.”

Shady importers of HGH often use underground networks to sell unlicensed, illegal HGH supplements in gyms and other facilities throughout the US.

Unfortunately, because these products are often cheaper and/or more accessible than legitimate HGH, athletes looking for an edge and others choose to rely on them – often at great personal risk. 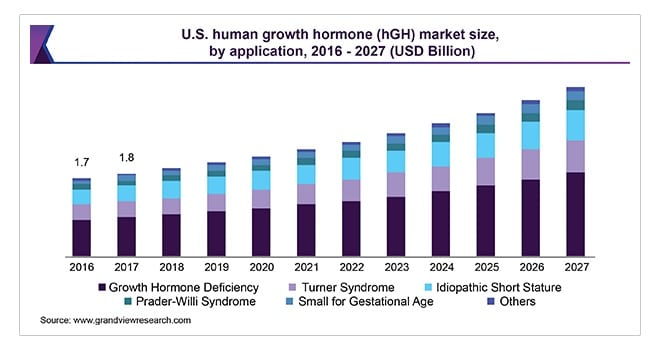 What Are the Side Effects and Risks of HGH Abuse?

Among its many negative consequences, growth hormone abuse increases the risk of developing the following chronic health conditions:

The Physical Signs of HGH Abuse

“HGH gut” is one of the most well-known and obvious signs of HGH abuse among competitive athletes. The condition is also termed “palumboism” in reference to Dave Palumbo, a well-known bodybuilder of the 90s who became the first high-profile athlete to prominently display this sign of HGH abuse. HGH gut is also sometimes referred to as “roid gut” or “bubble gut.”

In addition to the accumulation of belly fat, hormone-induced intestinal growth may contribute to the development of HGH gut.

Other physical markers of HGH abuse include:

Guidelines for the Safe and Effective Therapeutic Use of HGH

The number one rule of thumb for anyone considering supplementing with HGH is to seek the care and guidance of a professional endocrinologist (hormone doctor). The dangers and side effects of an improper supplementation regimen are real. Furthermore, using HGH from the black market or without a prescription from a doctor is illegal. If you believe that you might benefit from hormone replacement therapy (HRT) with HGH, your first step is to schedule an appointment with a reputable clinic. From there, you will:

If your lab workups reveal that you indeed have an HGH deficiency and you and your doctor decide that replacement therapy is appropriate, you are all set to begin therapy. You can expect to begin to see the benefits of HGH therapy within a few weeks.