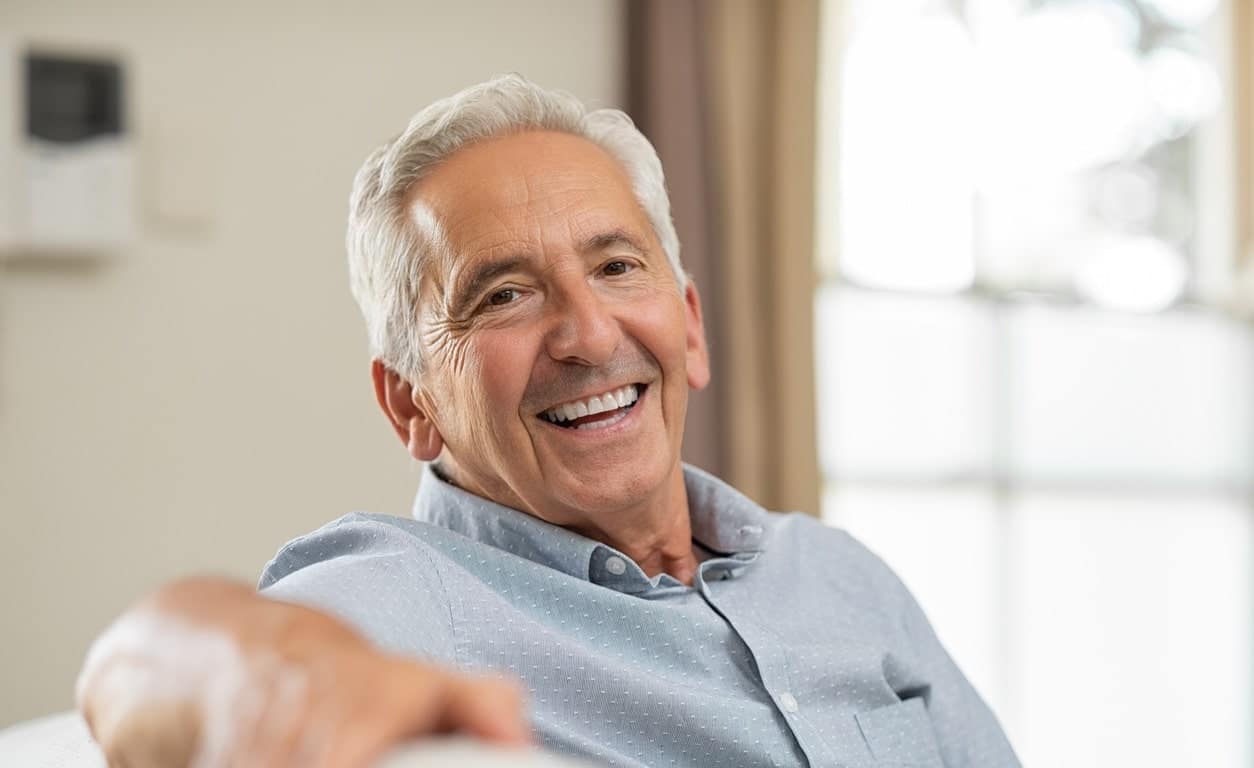 Hormone replacement therapy (HRT) is rapidly gaining recognition in the global medical community for its enormous anti-aging and healing potential. In recent years, clinical researchers have developed a more comprehensive understanding of the critical role that hormones play in the aging process and, more importantly, how they can be managed to protect the health of patients long into their golden years.

Here, we will delve into the exciting science behind anti-aging HRT and how it can help men maintain their virility and youthful “lust for life” over time.

We have long known about the perils of aging in terms of its effect on health – only recently have we begun to understand how to slow or even reverse the aging process. Aging, when the process is not reversed through HRT and lifestyle changes, can affect nearly every organ, gland, and tissue in the body. The health issues and challenges commonly faced by aging men include:

Many of these conditions associated with aging are due to unchecked, chronic inflammation – a known driver of nearly every form of non-pathogenic illness. Men who have testosterone deficiencies lose out on the powerful anti-inflammatory effects of testosterone, the primary male sex hormone that, in combination with other important hormones, keeps inflammation levels low.

“Growth hormone therapy can reduce the levels of C-reactive protein (CRP), an important marker of inflammation in GH-deficient patients, and exert anti-inflammatory effects in different models of experimentally induced sepsis by reducing the levels of TNFα and promoting secretion of IL-10.”

Let’s get into the multiple symptoms that men with hormone imbalance often experience.

What Are the Symptoms of Hormone Imbalance in Men?

The symptoms of hormone imbalance in men are legion. Because the body has androgen receptors (ARs) – sites where testosterone binds to the cells and exerts its protective effects — in every major tissue and organ, the implications of testosterone deficiency are enormous. The graphic below shows the various locations of androgen receptors (ARs) throughout the male anatomy:

Human growth hormone receptors (GHRs), likewise, are located across multiple systems, indicating that this pro-growth hormone plays a role in maintaining the health and optimal function of all the major organs of the body:

“Growth hormone receptors (GHRs) have been found on the cell surfaces of many tissues throughout the body, including liver, muscle, adipose, and kidney, and in early embryonic and fetal tissue.”

Again, the extensive presence of HGH and testosterone receptors means that the symptoms of hormone imbalance can present in multiple ways.

In the case of testosterone deficiency (low T), for example:

What this means in practical terms is that, unfortunately, many medical doctors without extensive training in the role of hormones in the body (endocrinology) often overlook the signs and symptoms of hormone imbalance. In these cases, patients may receive a wrongful diagnosis that does not address the root cause of the symptoms they experience.

In a classic example, a clinician might overlook the critical role that hormones play in preventing depression. Depression is a major sign of hormone deficiency, but in these situations the doctor may simply prescribe a pharmaceutical such as a serotonin reuptake inhibitor (SSRI) when the issue, in fact, is an undetected hormone imbalance. Too often, the tragic end result in situations like these is that the underlying issue (hormone imbalance) is never resolved and the patient begins taking a drug that does not fix the primary cause of depression.

This is why it’s critical to routinely test your hormone levels and to consult with an experienced endocrinologist (a hormone doctor that specializes in diagnosing and treating hormone disorders).

The many signs and symptoms of hormone deficiency in men include:

What Happens to Men’s Hormones as They Age and Why?

The human body has more than 50 identified hormones. Together, they interact in a complex interplay through so-called biofeedback loops. These feedback loops are part of the overall process of homeostasis – the regulation of consistent conditions in the body that lead to stable health outcomes. Unfortunately, as we age, a number of factors can disrupt this hormonal balance and lead to devastating health issues. The known factors that drive hormone imbalance in men are:

Let’s get into the details of the disastrous results in terms of how these factors negatively impact hormone health in men and the specific hormones at play.

Types of Hormone Imbalance in Men and Their Negative Health Effects

The term “hormone imbalance” is a broad and all-encompassing term that can refer to a number of hormones in the body. Let’s run down the most important hormones that men experience disruptions to as they age:

The Numerous and Significant Health Benefits of HRT For Men

HRT for men has multiple anti-aging effects that enhance virility, increase sexual desire, and boost physical and cognitive performance. Here is a sampling of the many benefits of HRT for men:

How Much Does HRT Cost?

You can shave your HRT costs in multiple ways:

Guidelines and Tips for Getting the Most Out of HRT

Getting the most out of HRT requires lasting changes to your everyday lifestyle practices. The most critical modifications to your daily routines are: