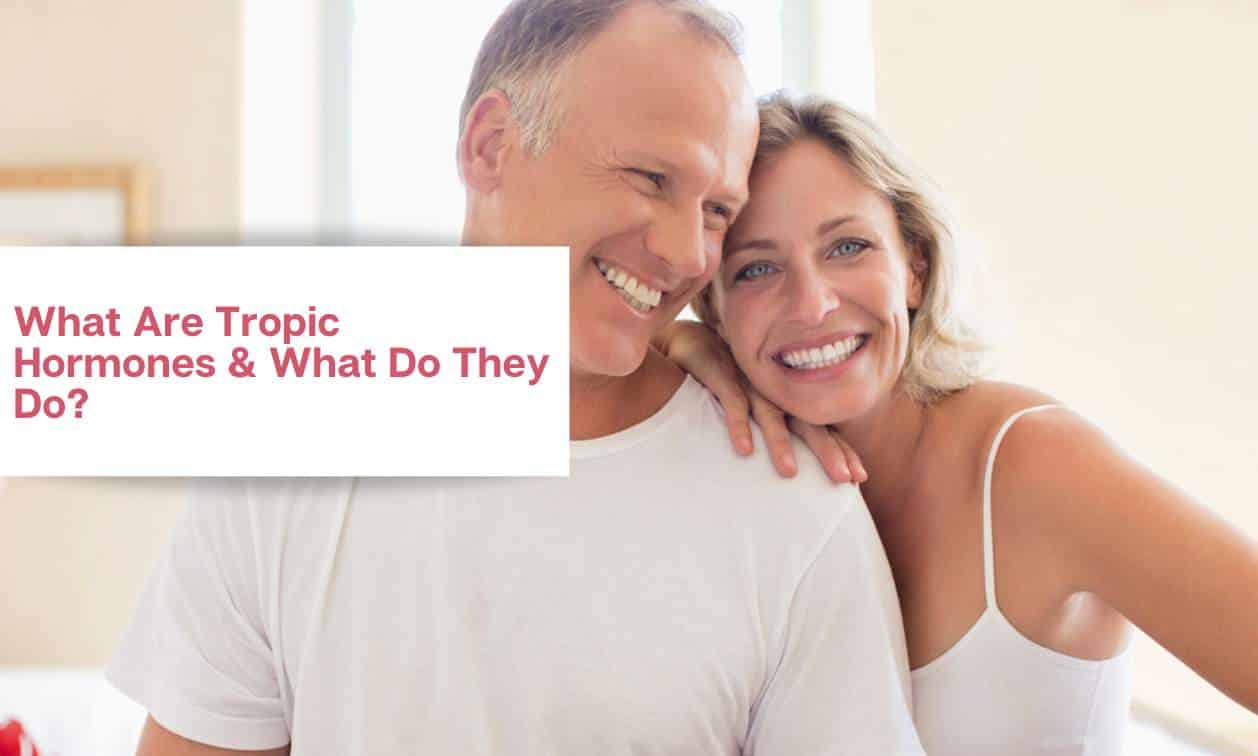 What Are Tropic Hormones & What Do They Do?

Your body produces different kinds of hormones. The tropic hormones are defined as hormones that act on the glands of the endocrine system, usually inducing them to secrete other hormones. They are produced by the hypothalamus and anterior pituitary gland.

Hormones are your body’s chemical messengers. They control everything from growth to sexual function to digestion and metabolism and more. Generally speaking, hormones are divided into two categories – tropic hormones and non-tropic hormones.

Tropic hormones are often confused with the similar sounding “trophic” hormones. Though they sound alike, they are very different. Trophic hormones travel through the bloodstream and impact cells and tissues directly; they do not stimulate an endocrine gland to produce other hormones as the tropic hormones do.

Tropic hormones are very important to your health because they stimulate the release of other hormones that are vital to bodily functions, from growth to sexual reproduction. Without tropic hormones, the glands of the endocrine system could not do their jobs. Imbalances of tropic hormones can lead to some serious health issues.

Human growth hormone, or HGH, is one of your body’s most crucial hormones. As the name implies, growth hormone is what allows you to grow from a child to an adult. But even as an adult, growth hormone plays a vital role in building and repairing every cell in your body. HGH is also produced by the pituitary gland, the so-called “master gland.”

Categorizing HGH can be a little confusing, but growth hormone can be considered a tropic hormone because it has BOTH tropic and non-tropic actions. HGH can and does act on cells directly, stimulating growth and repair, making – it a trophic hormone, but it also stimulates the liver to produce and secrete other hormones, such as IGF-1, which makes it a tropic hormone.

What Are Tropic Hormones?

What Is the Difference Between Tropic and Trophic Hormones?

What Are the Different Types of Tropic Hormones?

The most important tropic hormones to your overall health and wellbeing include the following.

FSH stimulates the maturation of eggs and the production of sperm. Like LH, Follicle-stimulating hormone is one of the gonadotrophic hormones. Also, like LH, FSH is released by the pituitary gland into the bloodstream. FSH is one of the most critical hormones to a woman’s sexual maturity, her menstrual cycles, and her ability to have children. Menstruation and pregnancy rely on FSH. FSH also plays a role in male fertility as it is also one of the hormones necessary for sperm production.

Why Are Tropic Hormones Important to Your Health?

When you look at the list of “tropic” vs. “non-tropic” hormones, it may be easy to assume that the ones that look more familiar to you on the non-tropic list, such as testosterone and estrogen, are more important than some of the ones of with the big scientific-sounding names on the “tropic list.” But, nothing could be further from the truth.

The fact of the matter is each and every one of your hormones – tropic and non-tropic – plays a vital role in your health and wellbeing. Hormones are essential for regulating most major bodily processes. In order to do that, tropic and non-tropic hormones all play an essential role in regulating almost all of your major bodily processes. They are all equally important and must work together to keep you in proper balance for optimal health – a condition often referred to as “homeostasis.”

If the level of one hormone is below normal, it can impact the levels of the others leading to hormone imbalance which can cause several health issues.

All of the hormones in your body work together in harmony. A hormone imbalance occurs when hormones rise above or drop below normal levels in your bloodstream. While there are certain medical conditions that occur from too much of a given hormone, too few hormones is the far more common type of hormone imbalance.

This is particularly true as we get older. As men and women age, the level of many critical hormones drop, both non-tropic hormones like testosterone and estrogen and tropic hormones such as growth hormones and thyroid hormones. The depletion of these and other hormones can cause a hormone imbalance that often results in weakness, fatigue, and a lack of energy.

Hormone imbalances are treated with hormone replacement therapy. Depending on your symptoms and diagnosis, hormone therapy can include the replacement of either tropic or non-tropic hormones. For example, testosterone and human growth hormone are often prescribed together.