ASK A QUESTION
Medzone  >  HGH   >  Growth Hormone IGF-1: What Is The Connection? 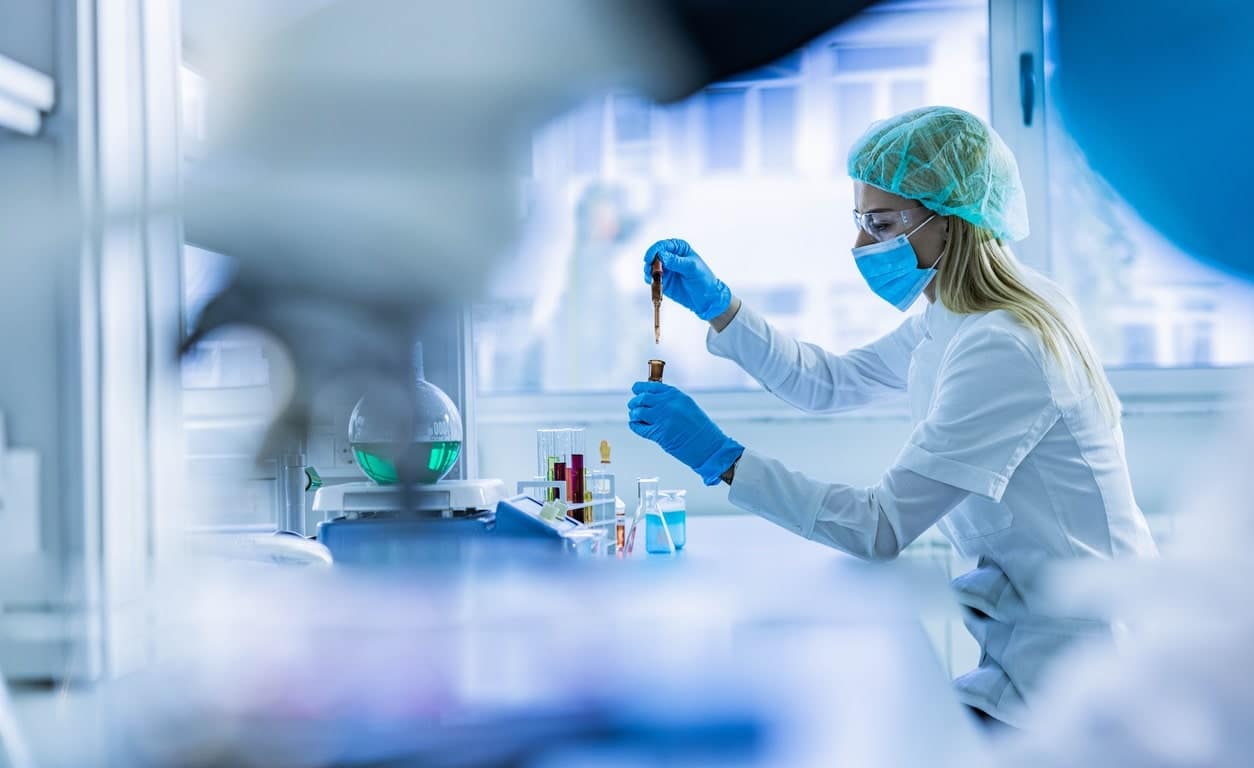 Growth Hormone IGF-1: What Is The Connection?

Human growth hormone (HGH) has become a subject of enormous interest in recent years in the healthcare community due to a greater understanding of the large array of critical physiological functions that it performs — and the various organs’ work that it supports — in the body. Human growth hormone is synthesized in the pituitary gland in the mid-region of the brain, which delivers the hormone into the bloodstream in regular pulsatile secretions.

As the canon of clinical research into the critical importance of optimal HGH levels for overall health has accumulated, hormone replacement therapy (HRT) for patients with diagnosed HGH deficiencies (meaning their pituitary glands do not produce adequate endogenous supplies of growth hormone) has become increasingly common in recent years for adults as well as children.

Too much HGH in the blood — a condition called acromegaly — poses a health risk as well too little HGH. Insulin like growh factor-1 levels are above average in patients who suffer from the condition. As we will explore later on, blood tests can confirm the presence of acromegaly. There are more than 50 different hormones at work in the human body. Many patients who have an HGH deficiency might not realize the equal importance of another critical endocrine “partner” to HGH that we will discuss in this article.

Normal HGH levels are an indispensable aspect of good hormone health, but they are not the only concern. Another hormone produced in the liver – insulin-like growth factor 1 (IGF-1) — works alongside HGH to support the anabolic (building) activities of the hormone.

In vivo, HGH and Insulin-like growth factor-1 together:

*None of human growth hormone’s work is possible without adequate supplies of IGF-1 to act as a “counterbalance” mediating force, as we will explore further below.

What Is Insulin-like Growth Factor-1 and What Does It Do?

IGF-1, as mentioned previously, is a peptide hormone synthesized by the liver. Critically, HGH levels dictate how much Insulin-like growth factor-1 that the liver releases. Once growth hormone is pumped into the blood by the pituitary gland, it eventually travels through the arteries to reach the liver, where it signals for the release of IGF-1.

As a protein-bound peptide hormone, once paired with Growth hormone, IGF-1 acts as a mediator of growth hormone, meaning that it modulates its influence in a positive way. Insulin-like growth factor-1 receptor sites are found on cells located in various organs and tissues in the body, through which it exerts its HGH-mediating effects. These receptors can be found in multiple physiological structures, including:

What Is the Connection Between IGF-1 and HGH?

IGF-1 and HGH can be conceptualized as “sister” hormones both because Insulin-like growth factor-1 levels are dependent on optimal HGH levels and due to the biological fact that their activities are so tightly linked. Because IGF-1’s release by the liver is dependent on circulating HGH levels, deficiencies of HGH often result in accompanying Insulin-like growth factor-1 deficiencies in patients that must also be monitored and corrected. Normally, when HGH levels are boosted through hormone replacement therapy, IGF-1 levels rebound as well to optimal levels.

How Do IGF-1 and Human Growth Hormone Work Together?

IGF-1 is seen as a facilitator of HGH, potentiating its growth-promoting effects in the body. When HGH is administered through therapy, for example, higher levels of IGF-1 result in increased uptake of amino acids and glucose (aka blood sugar) into the cells of muscle tissue.

Through the complex molecular signaling processes characteristic of the endocrine system, as illustrated in the image above, gh and igf are involved in a number of functions that we have already discussed as well as others such as:

The Differences and Commonalties of IGF-1 and HGH

While Human growth hormone and IGF-1 are similar in many ways, they also have important differences. The most notable distinctions between them are: 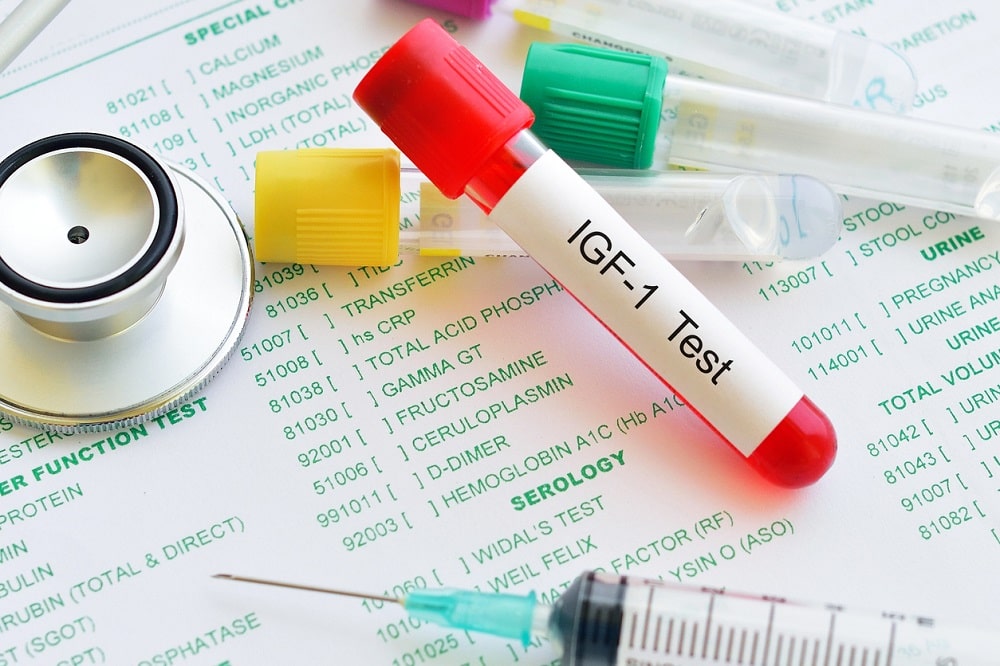 It’s important to remember that IGF-1 acts as a moderator of HGH activities. For example, while growth hormone triggers higher glucose and insulin activity, IGF-1 tamps it down in turn. This synergistic relationship between IGF-1 and HGH is part of the overall function of homeostasis, the physiological term to refer to the required maintenance of consistent conditions in the body of warm-blooded mammals and other organisms by various mediating factors.

How Patients Can Test Their IGF-1 Levels

Occasionally, especially in combination with lab tests to detect a suspected HGH deficiency or acromegaly, a healthcare provider may order an IGF-1 blood test. The test involves a simple blood draw performed at a medical lab. It is common and relatively inexpensive. In addition to being caused by unusually high or low HGH levels, abnormal Insulin-like growth factor-1 readings via blood tests may also be due to:

Sometimes, depending on the cause of the skewed Insulin-like gf-1 readings and the extent of the issue, clinical interventions may be required to restore IGF-1 levels to normal. In other cases, lifestyle modifications may be sufficient.

How to Optimize IGF-1 Levels

As we’ve explored so far, Insulin-like growth factor-1 is an incredibly important hormone to have in circulation. So, how can an individual concerned about his or her hormone health safely elevate IGF-1 levels? Because Insulin-like growth factor-1 levels are inextricably tied to HGH levels, it’s critical to boost your HGH measurements to ensure that you have sufficient IGF-1 as well.

The following strategies can help maximize a patient’s IGF-1 levels if they are found to be inadequate:

Insulin-like growth factor 1 and HGH are inextricably linked. They work as a pair, with IGF-1 modulating the various activities of HGH as a check on the hormone. Understanding the complex interplay between these two hormones is critical for any healthcare provider when examining the overall state of hormone function in a patient.