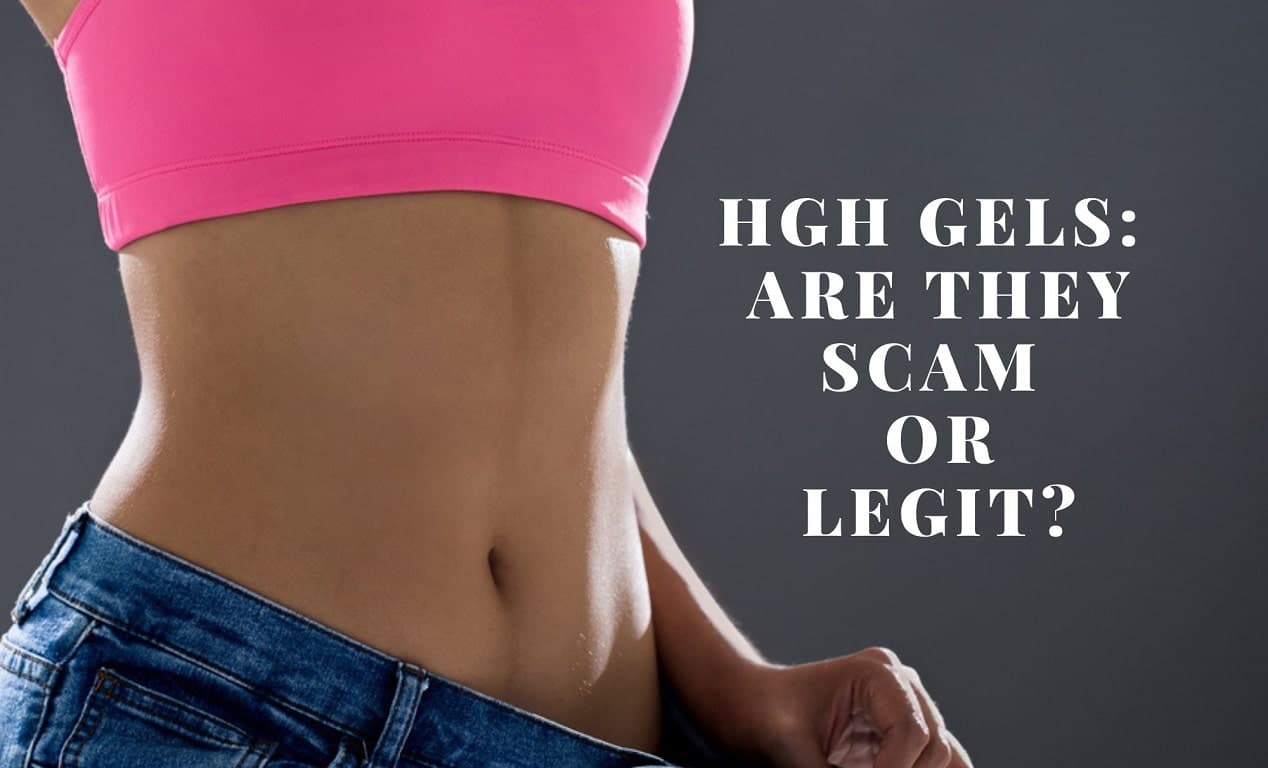 HGH Gels: Are They Scam or Legit?

Patients with diagnosed HGH deficiencies (also called hypopituitarism in clinical settings) are often eager to explore their treatment options. Unfortunately, the internet is full of questionable HGH products, many of which are neither proven to safely elevate HGH levels nor approved for use by the US Food and Drug Administration (FDA), the recognized leader in regulating US health products.

Accordingly, our goal here is to help you separate fact from fiction. Typically, HGH supplements come in one of three forms:

Each method is unique with different levels of effectiveness for raising circulating HGH levels in the body. Here, we’ll focus on transdermal HGH gels, including their history of medical use, safety profiles, and their usefulness in treating HGH deficiencies.

HGH Gels: What Do We Know About Them?

HGH gels entered the market within the last 20 years. The companies that sell them market their products as “alternatives” to injectable HGH, which many patients have difficulty using in therapy due to fear of needles, unfamiliarity with the equipment, etc.

In theory, HGH gels work “transdermally” – meaning that the therapeutic recombinant human growth hormone (rHGH) contained in the solution is absorbed through the skin. However, this method of delivery, as we will see, has serious safety and efficacy issues.

From a regulatory standpoint, HGH gels sold in the United States are classified as “supplements” and therefore do not undergo the same safety and quality screening by the FDA as prescription drugs like injectable HGH, known clinically as somatropin, do (more on the dangers of unregulated supplements later). Also, in a later section, we’ll take a deeper dive into what the science actually says about the safety and efficacy of HGH gels (hint: it’s not good.)

Skyrocketing Sales of HGH Gels: Cause For Concern Among Endocrinologists

Despite their lack of clinical safety or efficacy data, sales of HGH sales have skyrocketed in recent years on the heels of aggressive advertising campaigns, mostly online:

The key takeaways on HGH gels:

Here is a rundown of the highest-selling HGH transdermal gel formulations.

What Are the Potential Side Effects of Transdermal HGH Gels?

Transdermal HGH gels, which, again, are purchased on the open market with no prescription required, often contain harmful added ingredients and/or are contaminated with dangerous (and potentially deadly) contaminants.

The list of possible side effects from unregulated HGH gels, as reported by real-life users on the Facebook group Somaderm HGH Gel Scam, includes:

Because HGH gels are unregulated, it’s impossible to know with any certainty where the ingredients in these supplements come from. A startling recent report from the World Health Organization found that as many as 1 in 10 medical supplies on the market are tainted with either “fake” or “substandard” ingredients, including, potentially, HGH gels.

In addition to the risks that these unregulated supplements pose being a reason to avoid them, no hard clinical evidence has ever shown transdermal HGH gels to effectively raise HGH levels in patients with deficiencies. WebMD explains:

“Companies that market these products on TV infomercials or online claim they turn back your body’s biological clock, reducing fat, building muscle, restoring hair growth and color, strengthening the immune system, normalizing blood sugar, increasing energy and improving sex life, sleep quality, vision, and memory. However, the Federal Trade Commission has seen no reliable evidence to support the claim that these products have the same effects as prescription HGH, which is always given by injection.”

It’s important to remember that not every positive review that you read on the web is coming from a real patient. Many companies invest significant money into putting out fake positive reviews to lure new patients into buying their products.

The media has done a great deal to expose the various scam artists who capitalize on the vulnerabilities of struggling patients to sell their HGH gels. The Guardian, for example, recently did an expose on Alexy Goldstein, a California-based “herbalist” who markets Somaderm to his patients online.

Vocal online proponents of HGH gels, who often profit from their sale, are known as “gellers.” Using a clever marketing scheme, the purveyors of HGH gels (“gellers”) use a pyramid-style plan to recruit individuals to sell the product for them – for example, New U Life (NUL), the creator of Somaderm:

That’s big money for the most successful HGH gel marketers, but their gains come at a significant cost to the patients who falsely believe they have found a “miracle cure” for their health issues.

Online entrepreneurs who profit off of the sale of HGH gels and other “homeopathic” products routinely post “success stories” to social media that purport to show dramatic results with these supplements – often with little or no supporting evidence. For example, the “BEpic Forever young with Meri” Facebook page:

If you look closely, it is unclear whether this is the same person or whether the image on the right has not been photoshopped. Anonymous “reviewers” frequently leave rave reviews for HGH gels on social media pages, which often include catchy hashtags like #GetontheGel to attempt to create viral momentum and reach more eyeballs: 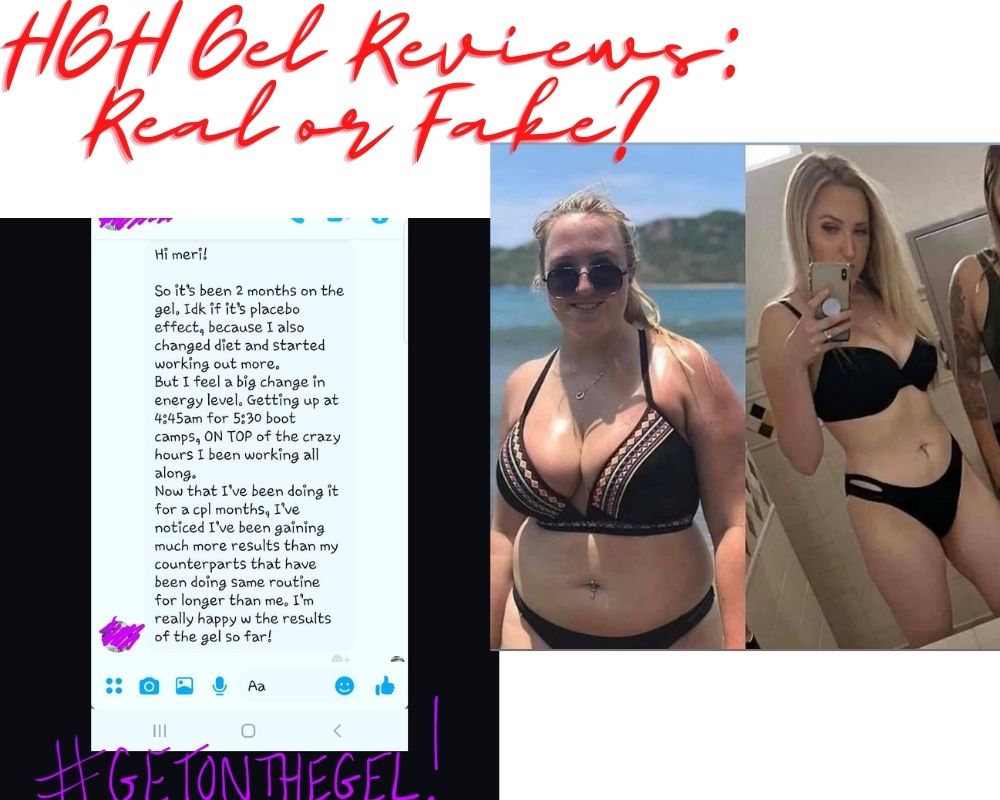 Notice that there is no name or supporting evidence given – just an anonymous review from a nameless “satisfied customer” reporting positive results on Somaderm.

Why Do People Buy HGH Gels After Reading Reviews on the Web?

The unfortunate reality is the separating fact from fiction on the web is easier said than done. Many web users lack the ability to discern what is true from what is merely hype to sell more of a product – in this case, HGH gel.

In one study published in the Nutrients Journal, researchers looked at why the regulation of questionable products like HGH gels is so challenging, and why preventing potential customers from falling prey is difficult:

Seniors, in particular, who may lack the internet savvy to sift through claims and who generally suffer from higher rates of HGH deficiencies, are at the greatest risk of falling victim to online scams like HGH gels:

“While most research focuses on seniors’ health status and behaviors, all areas of older adults’ lives deserve attention. One such area is the issue of being victimized by consumer fraud, a type of crime that is most likely to be committed against older adults.”

The Reality of HGH Gels Safety and Effectiveness: What the Science Says

“To achieve a sustained-release, a thermo-responsive and photo-crosslinkable in situ pluronic/chitosan gelation of rhGH was prepared by UV irradiation of the physical gels above their gelation temperatures.28 Results showed a 20-day sustained-release in vitro, attributable to the highly cross-linked structure….

However, this gel depot showed an undesirable high initial burst more than 10-fold of the therapeutic window, which could be detrimental to patients.”

One of the major issues with HGH hydrogels, researchers emphasized, was their “initial burst” of HGH which exceeds safety standards and the short length of HGH-releasing activity:

“Certainly, there are drawbacks of hydrogel… the initial burst and short sustained-release period are the two most common issues, as well as shelf storage time. The loaded protein drugs can be released rapidly during the initial release period by diffusion due to their hydrophilicity and small hydrodynamic sizes.”

In one review of HGH gels vs injectable somatropin, the researchers came to clear conclusions regarding their suitability in therapy:

“GH in depot gel results in more physiological plasma concentrations of GH and may be beneficial in reducing the quantity of hormone needed and the injection frequency but it does not offer a solution to the waning response to the long-term administration of GH.”

How Does HGH Work in the Body?

HGH can come in two forms:

The highest concentrations of HGH reach the bloodstream at night during sleep, which illustrates the critical importance of getting at least 7 hours of shut-eye each night.

Accordingly, when the pituitary gland functions normally and the hormones are aligned, the human body contains HGH values within the ranges below.

Patients with mild deficiencies have several options for naturally boosting their endogenous (meaning “from inside”) HGH production. Examples include regular exercise, intermittent fasting, amino acid supplementation, and getting 7-9 hours of sleep each night.

Regardless of whether the HGH in the bloodstream is natural or synthetic, it performs – in partnership with insulin-like growth factor 1 (IGF-1) — the same activities critical for optimal health including:

Injectable HGH is a safe, effective, FDA-approved alternative to patients with deficiencies who want to elevate their HGH levels.

The ultimate takeaway here is that one form of HGH supplementation – somatropin via injection – has a proven track record of clinical success with backing from the FDA and other healthcare groups. On the other hand, transdermal gels do not have the same capacity to safely increase HGH levels, do not require a prescription, and are not approved by the same regulatory authorities.